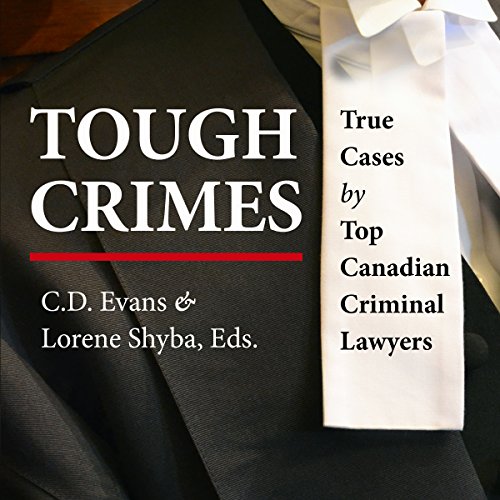 Tough Crimes is a collection of thoughtful and insightful stories by 20 of Canada's most prominent criminal lawyers. In the book they write about cases that had surprising turns or that presented personal or ethical challenges. We've all heard the media's take on notorious criminals, but when have we had a chance to hear directly from the lawyers who defended or prosecuted them? We've all lamented the fate of a person who we think was wrongfully accused, but who better to explain what happened than his or her counsel, who was there for the client every step of the way?

What listeners say about Tough Crimes