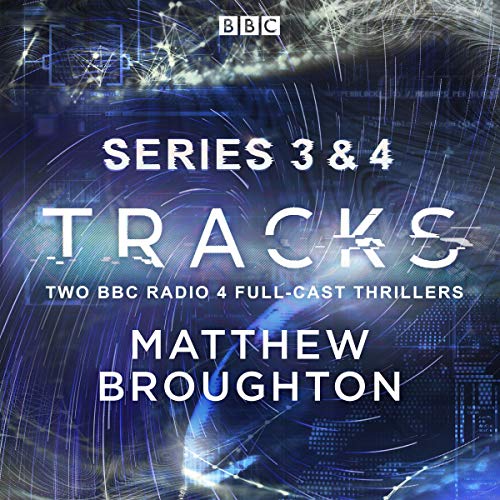 A tower block collapses in London. Hundreds are killed.

Except a man standing alone on the roof, who walks out of the rubble unscathed.

And things are about to get stranger, because Dr Helen Ash is pregnant. But she hasn’t had sex since her husband died 18 months ago.

What connects her unexplained pregnancy, a mysterious phone message from a woman who died in the building collapse, and the man on the roof of the high-rise?

Dr Helen Ash is involved in a road accident. But where was she going in such a hurry? And why can’t she remember?

Romola Garai returns as Helen Ash in the compelling fourth series of Tracks.

"One of the best dramas - on television or radio - currently on offer." (Radio Times)

What listeners say about Tracks: Series 3 and 4

These far fetched but addictive thrillers are brilliantly acted and directed. Whilst Romola Garai is excellent as Dr Helen Ash, when Hattie Morahan takes over the role in Series 3 she takes it to a new level. It’s one of the best audio performances I’ve heard and alone justifies listening to Tracks. Highly recommended.

Great continuation of a Great Story

This gets both weirder and more gripping! A must if read the first two chapters

This is an excellent continuation of the series. As with series one and two, I reported issues with the download of this set and Audible promptly fixed it. For those who enjoyed the first couple of series, I'd recommend this book highly. New readers should purchase the first set because although the stories in this one are entirely different, many references are made throughout regarding the first couple of series.