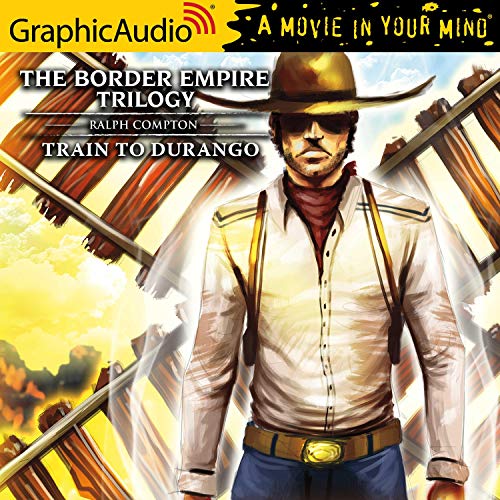 The Border Empire trilogy concludes, as Wes Stone’s quest for revenge leads him to destroy the plot by the Golden Dragon gang to endanger US currency by switching counterfeit coins for real ones within the walls of four different mints in the southwest. Battling long odds and high stakes, Stone and his friends El Lobo and Byron Silver must solve a double kidnapping, face a mercenary army of renegades from the Sandlin gang who are assembling in Durango, and avoid the many young hotheads who seek to add to their own reputations by challenging Wes’s skill with a gun.

What listeners say about Train To Durango [Dramatized Adaptation]