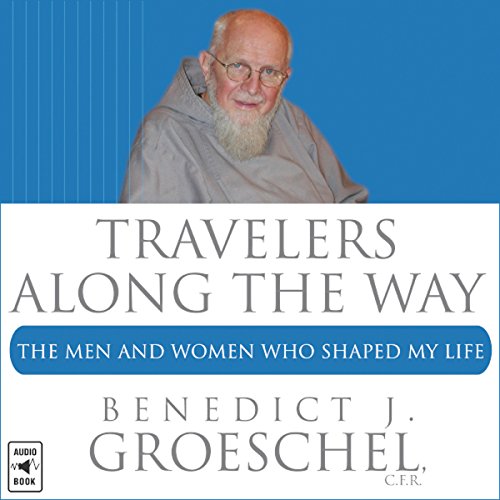 Travelers Along the Way

In a series of always moving, sometimes surprising, and occasionally hilarious stories, Fr. Benedict Groeschel introduces you to the men and women who have influenced him over the course of his life. Some are unknown, such as Mr. Graff, a Jewish man who tailored the suit the young Groeschel would wear to the seminary. And some are famous, such as Mother Teresa, Cardinal John O'Connor, and Fr. Solanus Casey. The stories not only will inspire you but also help you appreciate those who have enriched and deepened your own life.

"A litany of those who have shaped him! God bless them all for helping give us Father Benedict, a man we all so love and admire!" (Most Rev. Timothy M. Dolan, Archbishop of New York)

What listeners say about Travelers Along the Way

I've always enjoyed Fr. Groeschel's insights and humor and this book didn't let me down. It was relaxing to listen to the stories of this kind and gentle man and amazing in the people he's met and known in his life.

What did you love best about Travelers Along the Way?

Even though his voice doesn't do the reading, the phrasing and perspective so clearly carry his "voice" in the material that it feels like spending time with the Fr. Benedict.

From the world famous who likely will be canonized in the future, to the everyday people Fr. Benedict has known in his life; its a panorama of God working through these people in Fr. Benedict's life.