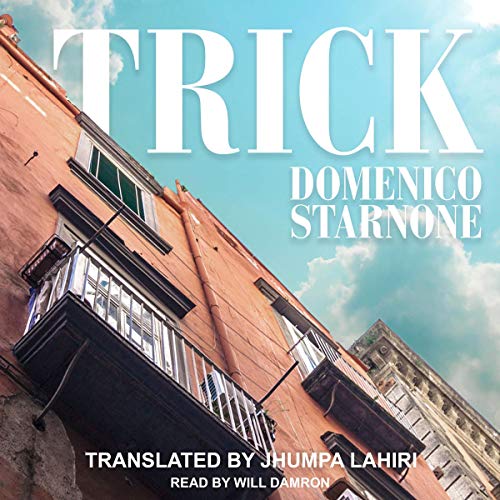 Trick is a stylish drama about ambition, family, and old-age that goes beyond the ordinary and predictable. Imagine a duel between two men. One, Daniele Mallarico, is a successful illustrator who, in the twilight of his years, feels that his reputation and his artistic prowess are fading. The other, Mario, is Daniele's four-year-old grandson. Daniele has been living in a cold northern city for years, in virtual solitude, focusing obsessively on his work, when his daughter asks if he would come to Naples for a few days and babysit Mario while she and her husband attend a conference. Shut inside his childhood home - an apartment in the center of Naples that is filled with the ghosts of Mallarico's past - grandfather and grandson match wits as Daniele heads toward a reckoning with his own ambitions and life choices.

Outside the apartment, pulses Naples, a wily, violent, and passionate city whose influence can never be shaken.

Trick is a gripping, brilliantly devised drama, "an extremely playful literary composition," as Jhumpa Lahiri describes it in her introduction, by the Strega Prize-winning novelist whom many consider to be one of Italy's greatest living writers.

What listeners say about Trick

I also recall liking Starnone’s Ties better. Perhaps my expectations here were too amped after listening to Lahiri’s very lengthy essay-like introduction on the art of translation, the literary parallels to Henry James, on Starnone’s stellar popularity...
The reader was usually great except when reading about the grandfather’s crisis on the balcony, long (unrealistic?) existential, philosophical diatribes as if every sentence was punctuated with an exclamation point. But maybe that’s the author’s fault, how he intended it to come off.
Regardless, it was disappointing, a struggle to really car about the characters.
Though I’ll likely give the author a third try, based on his Ties, and rockstar status as a leading Italian writer...