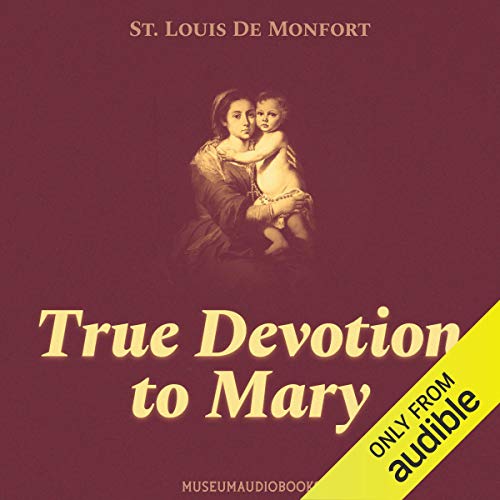 St. Louis De Montfort (1673-1716) was a French Roman Catholic priest and was made a missionary apostolic by Pope Clement XI. Montfort is considered as one of the early writers in the field of Mariology and is also known for the practice of praying the Rosary. From his youth he displayed a singular devotion to the Virgin Mary. True Devotion to the Blessed Virgin is one of the greatest and most celebrated books ever written about Our Lady. Unpublished during the saint's lifetime, it was discovered in 1842. The author views Mary as the essential key to the heart of Jesus and "consecration to Jesus in Mary" as a special path to being united with and consecrated to Christ. Pope John Paul II was a tireless champion of the book, crediting it with a turning point in his spiritual life.

What listeners say about True Devotion to Mary