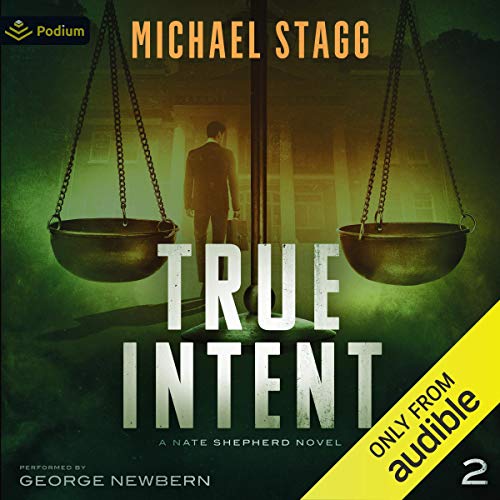 When a billionaire dies, an innocent woman is blamed. One lawyer must fight a wealthy family for justice.

It seems straightforward to Attorney Nate Shepherd: a middle-aged billionaire dies while celebrating at a wedding reception. The grief-stricken family lashes out, though, blaming the billionaire’s date for his death. When the family brings all of its power to bear, the wheels of local justice threaten to overwhelm the woman.

As Nate Shepherd steps in to defend her, he tries to deflect the misplaced anger that’s directed at the woman for the tragedy. But as the investigation progresses, a tangled history unravels, including unexpected ties to Nate’s own life. And with each secret that is uncovered, the stakes rise until Nate finds himself fighting for the woman’s freedom in a trial for her life.

Can Nate Shepherd protect an innocent client from a family trying to buy its own brand of justice?

This is the second book in the gripping Nate Shepherd Legal Thriller series. If you like razor-sharp dialogue, iron-willed characters, and slippery moral quandaries, then you’ll love this fierce courtroom drama.

What listeners say about True Intent

The ending was to convoluted to understand. Too much emphasis on trees. I just didn't enjoy it as much as I did the 1st series

This was a very good book. I kept going back and forth believing the defendant’s story, and then doubting her innocence, as I listened to the book. Mr. Newbern did a fantastic job narrating, as always. I usually try to select books with courtroom drama. However, this book continued Attorney Shepard’s two very annoying habits that existed in Book 1: 1) he belabored every point during cross examination that made me want to scream, “Asked and answered!” I began to wonder if the author got paid by the word count! 2) Each witness answered “I did”., “I did not”, “he did”, “he did not”. It seemed so unrealistic; most people would just answer Yes or No. It became so predictable that it made me cringe as I waited for it. I admit, it didn’t happen quite as much as in Book 1, but was still very obvious, and I’m not sure I want to listen to Book 3, but hopefully Mr Stagg will change the courtroom witness dialogue to be a little more realistic. Other than these annoying features,I did enjoy his first two Nate Shepherd books!

Great new to me author

I love a court room drama and this is it. Excellent characters well developed and interesting story well performed. I look forward to many future books by mr. Stagg.
GB Sneed

He has a real gift for bringing the nuanced reality of a courtroom to life while making the story engaging, without relying on cheap, “look how clever I am” moments.

The author doesn’t overwhelm us with sneaky tactics, cheap surprises, or “gotcha” moments, and his protagonist asks good questions, though some do move into the self-evident (“would you agree that you couldn’t see the pill bottle on the bathroom sink before it was placed there?”), but those questions come up often in the courtroom, not so much in novels.

This is the second book in this series and it was just as entertaining as the previous installment, with slightly more compelling trial proceedings. Concise and focused writing kept me engaged for long stretches. I will be starting book 3 the same day.

A superb book in the number two series of the "Nate Shepherd Legal Thriller" series! Author Michael Stagg continues to deliver with engaging and gripping characters. I am looking forward to the following two books in this series. Narrator George Newbern is outstanding.

I enjoyed reading this book. it wasn't the very best book but it was worth a credit.

This is the second book I have read in the series and whilst I have enjoyed them the plots are more far-fetched and a bit too simple. The twists are not good enough to make these books worth any more than three stars overall. I’m sorry about this because I very much want to like them all I just think it needs more plot! Narration good. Female voices not great.