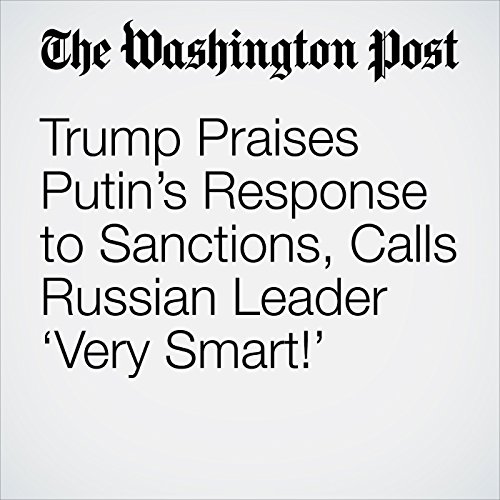 President-elect Donald Trump on Friday expressed his appreciation to Vladimir Putin over the Russian president’s announcement that he would not expel American diplomats in response to new U.S. hacking sanctions as a gesture to the incoming administration.

"Trump Praises Putin’s Response to Sanctions, Calls Russian Leader ‘Very Smart!’" is from the December 30, 2016 Politics section of The Washington Post. It was written by Karoun Demirjian and narrated by Jill Melancon.