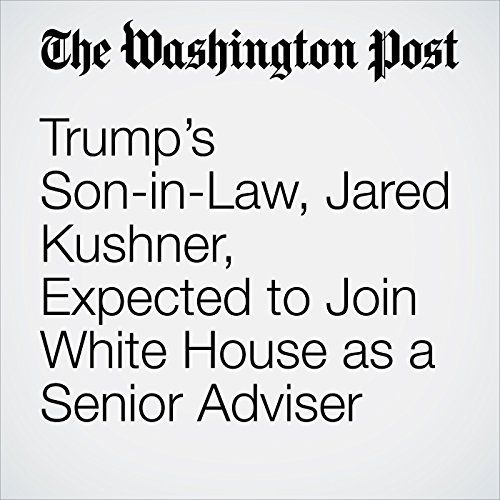 Trump relied heavily on Kushner's advice during the campaign, and his move to the White House was expected. But ethics experts have raised questions about whether Kushner's role in the new administration will run up against a federal anti-nepotism law and how he will separate himself from his real estate business to avoid conflicts of interest.

"Trump’s Son-in-Law, Jared Kushner, Expected to Join White House as a Senior Adviser" is from the January 09, 2017 Politics section of The Washington Post. It was written by John Wagner and Ashley Parker and narrated by Sam Scholl.