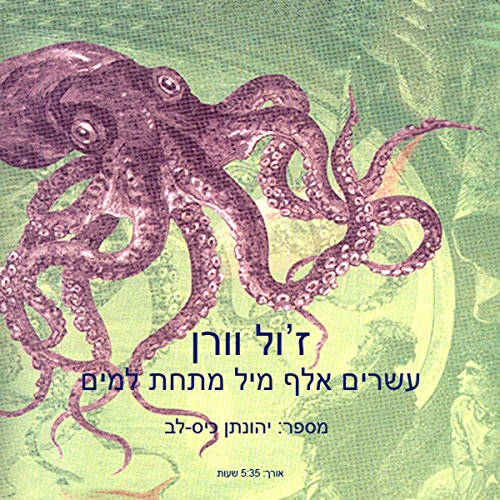 Twenty Thousand Leagues Under the Sea

Twenty Thousand Leagues Under the Sea is a classic science-fiction novel by Jules Verne, published in 1869.

One day, ships start sinking, particularly ones dealing with war. Survivors think it is a big whale. A harpoon ship goes out to kill it, but finds out that the "whale" is actually the Nautilus, a submarine. The most interesting part of this book is probably the Nautilus itself. It is shaped to look like a fish, with a large metal fin on top used to ram and sink ships. The camouflage works, until the Nautilus takes on a few passengers from one of the sinking ships. The novel tells the story of Captain Nemo and his submarine as seen from the perspective of Professor Pierre Aronnax. It translated into Hebrew by Bina Ofek and was published by Ofarim. The audiobook version was produced by SonicBooks.