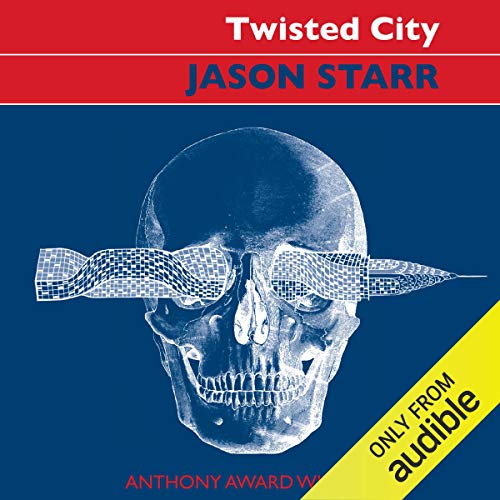 From the acclaimed noir novelist Jason Starr comes this savage portrait of a misanthropic man stuck in a New York nightmare.

Written in caustic, streamlined prose, Twisted City is a chilling depiction of how quickly one's life can take a turn for the worst.

Times are tough for David Miller, a journalist for a second-rate financial magazine who hates his boss, is tired of supporting his girlfriend's partying lifestyle, and recently lost his sister to cancer. But things are about to get much worse. When he loses his wallet in a neighbourhood bar, he finds himself being blackmailed by junkies, lying to his family and friends, and stumbling into a crime that may cost him his life.

After completing a degree in economics at Binghampton University, Starr has concentrated on his classic noir crime fiction, which has been compared to the work of James Cain and Jim Thompson.

"Jason Starr’s got a hip style and an ear for crackling dialogue...characters so real we feel we know them." (Jeffery Deaver)
“Starr once again shows a real gift for satiric humor and capturing the contemporary New York scene." (Publishers Weekly)

not one of his better books very poor story and very disappointing . very slow and not much happens

What disappointed you about Twisted City?

It's far fetched, annoying and I found it perverted and ridiculous. I persevered thinking it just had to get better and it really REALLY didn't. And the ending is revolting.