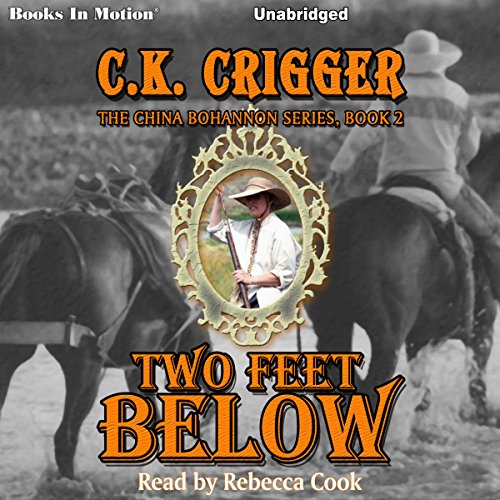 Smart and sassy 1890s bookkeeper-turned-sleuth China Bohannon is a magnet for danger. Assigned to office duties in the Doyle & Howe detective agency, she lands smack in the middle of the detective’s latest murder case when a suspicious character tries to bribe her - and she takes the bribe!

In an adventure that is destined to go downhill from there, China is thrown overboard from a steamboat into Coeur d’Alene Lake to drown. Escaping that, while hot on the trail of the murderer, she’s arrested on charges of prostitution in the wild mining town of Wallace, Idaho. Worse, her handsome boss, Gratton Doyle, doesn’t see eye-to-eye with her when it comes to determining the leading suspect.

Proving her point takes getting shot when, bloodied though unbowed, China wins a fight more suited to skid road loggers than a proper Victorian lady.

What listeners say about Two Feet Below