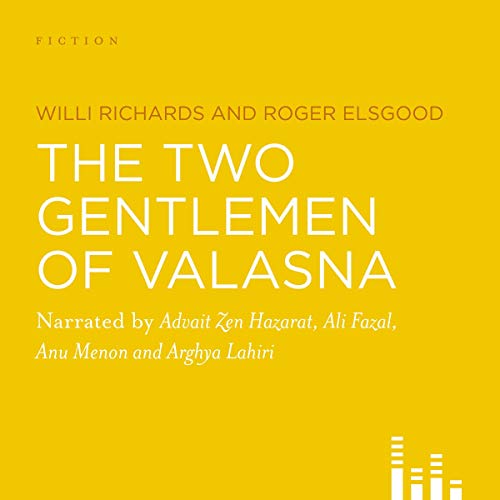 The Two Gentlemen of Valasna is an adaptation of William Shapkespeare's early romantic comedy The Two Gentlemen of Verona. The setting for this adaptation is 19th-century India during the time of British rule - 1857 to be precise, during the weeks leading up to the Indian mutiny. This recording was originally produced for BBC Radio 3 and was recorded entirely in India using local Bollywood actors, Indian TV celebrities, and actors from the Indian English theatre tradition. This is a highly entertaining and unusual dramatisation well worthy of reaching an international audience.
©2008 CSA Word (P)2008 CSA Word

over and over again

Because there are no breaks in the recording, either you listen to the whole thing at once, or you start over every time. I found this frustrating.

Two Gentlemen of Verona is one of my least-favorite Shakespeare plays because I find Proteus intolerable. Setting it in India gave it some freshness. And the characters did a good job. But the performance did not convert me.