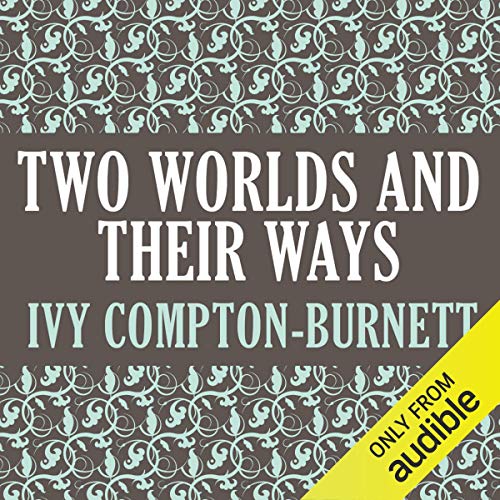 Two Worlds and Their Ways

Sefton and his sister, Clemence, are dispatched to separate boarding schools. Their father's second marriage, their mother's economies, provide perfect opportunities for mockery, and home becomes a source of shame. More wretched is their mother's insistence that they excel. Their desperate means to please her incite adult opprobrium, but how did the children learn to deceive? Here staccato dialogue, brittle aphorisms and an excoriating wit are used to unparalleled and subversive effect ruthlessly to expose the wounds beneath the surface of family life.

Compton-Burnett was encouraged by her liberal and unorthodox father, homeopath Dr Burnett, to prepare to read classics at London university (neither Oxford nor Cambridge gave degrees to women at this time). She had dearly loved her father, who died without warning from a heart attack in 1901 when she was 16. Her closest brother died three years later, and Ivy Compton-Burnett went on to lose three more of her younger siblings and her mother by the time she was 35, something she could hardly bear to speak about, but constantly explored in her novels.