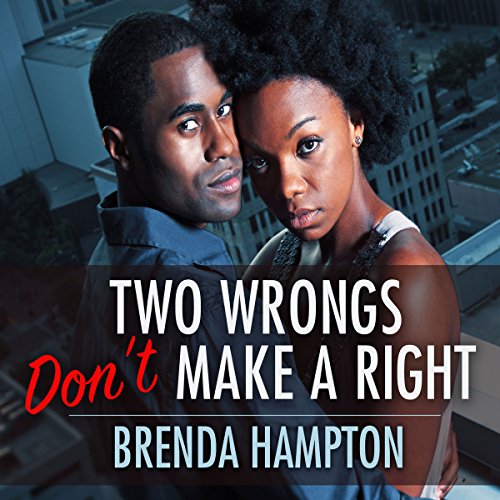 Although Isaac Conley and his wife, Cydney, live under the same roof, being married to each other is a nightmare. Isaac is a dirty cop with a partner, Miguel, who is just as grimy as he is. They take on the streets of St. Louis by using extreme force, stealing money from drug dealers, and by surrounding themselves with ghetto girls who love to fulfill their manly needs. Cydney is well aware of Isaac's adulterous ways, but she has plenty of skeletons buried in her closet. Her motto is: If he can do it, I can do it better.

Not only does she attempt to do it better, but when she seeks revenge by giving up the goodies to Miguel, her game is summed up by one word - OVER! Secretly conspiring to bring Isaac down, Miguel gets furious when Cydney decides to reconcile with him, and he's not about to let that happen. But continuously dancing with the devil has consequences, and - for better or worse, richer or poorer - Isaac and Cydney will either survive their challenges or fall straight through the gates of hell.

What listeners say about Two Wrongs Don't Make a Right

This is what I’ve been looking for

This book had it all. I’ll have to admit it could have ended much sooner and was drawn out but it was so exciting with twists and turns. Best use of a credit I’ve had in a while.

I love the book and the storyline. there are many people that can relate to this story. I love the hands-free reading of the book because I can accomplish a lot through the day while still listening to some of my favorite authors. awesome book awesome app!!!

Amazing, Sexy and Exciting Audio!! Keeps you focus on each reader! Will recommend this audio..

I liked this book. It was easy to follow, with a decent but predictable storyline, and the characters were entertaining.

Meh...too long to get to nowhere

Story really wasn't interesting. It's like it was on repeat and kept emphasizing and doing the same thing over and over then the end happened. It really didn't come together well. The build up wasn't enough for the ending. waste of a credit

I love this book, good from the very start.

Love the narrative from both of them they are my two favorites. I enjoy books that suck me in from the start

I loved the story, it was very realistic to me. I would recommend this book to everyone.

super long, struggling to finish, the male narrator sounds like he is reading instead of just normally talking. the book was so dry. ugh I am only on chapter 5 and I cant anymore.

The Story Has Potential

This was an interesting story with potential....However, I think these were some of the most under developed character I have ever read a story about. Throughout the story, Isaac talked about how much he loved his wife Cydney.....He constantly cheated on her...all of his side and jump off chicks knew her name...what astonished me was the fact that he never used a condom (except one time almost at the end of the story) and he was frivolous with oral sex with those very side and jump off....those are not the signs of a man who loves his wife....usually there's rules to cheating...The sad thing was his wife Cydney was the same way, she cheated and never once used a condom....these were thirty-something year old adults...she did have limits with oral sex....this story was under developed as well, the plot twist and turns lacked luster or surprise. The supposed connections within the plot twist just didn't make connections...the author just told you in the story that people were together with explanation. There were a lot of things that just didn't make sense in this story to me. I still don't understand why Isaac didn't understand that his actions started this entire change of unpleasant events. Even, during therapy he NEVER owned that.

This was my first book by Brenda M. Hampton and I loved it. It was full of twist and turns that I never expected. The story was very interesting. I was a little nervous at the end but loved that love prevailed!!

Nice,gripping storyline ,realistic and thought provoking. The characters were serial cheaters which to me it’s unacceptable circumstances to make a marriage work,somehow the author justified the cheating and brought the emotional reasoning for an otherwise unlikeable carachter . It’s not the first book I read from this author,I m very pleased with her work .