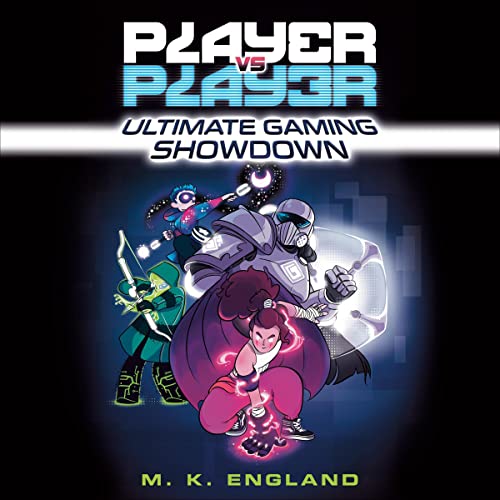 In this action-packed series, four kid gamers meet at a virtual tournament and battle for the ultimate grand prize. Perfect for young fans of Ready Player One and Mr. Lemoncello's Library.

Four gamers determined to win it all.

Welcome to Affinity, the hottest battle royale video game in the world! Gamers can be anything they want to be in Affinity’s high-tech, magical universe—and test their skills in fierce PvP combat. So when Hurricane Games announces an epic tournament with killer prizes, four kids form a team that feels unstoppable . . . but also maybe doomed from the start?

Hannah is the melee fighter . . . but she can only play at the public library.

Larkin is the healer . . . as long as her family’s not around.

Wheatley is the ranger . . . with a secret that might wreck the whole team.

As solo gamers, they’re good. Really good. But the tournament is a whole new level of competition, and it'll take all four of them to bring it home. Can they step up their game in time for the final match?

"[An] ode to virtual gaming and real friendships . . . A highly readable blend of gaming action and real-world problems." —Kirkus Reviews