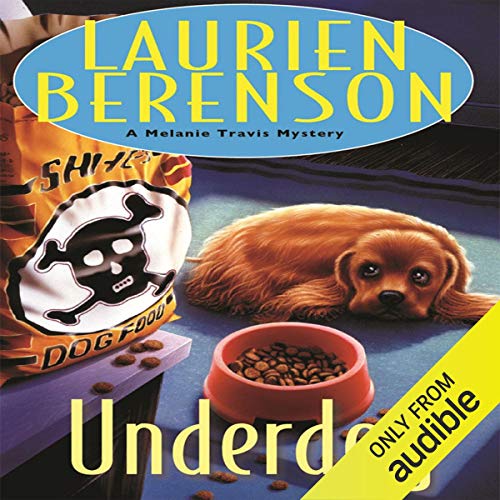 Welcome to an elite Connecticut kennel club where shocking secrets gnaw at the best of the breed and competition has a sharp - and deadly - bite. As if raising her son Davey, training her rambunctious Poodle Faith for the show ring, and grooming fellow handler Sam Driver for romance aren't enough, Melanie Travis's entre into the exclusive Belle Haven Kennel Club has been met with a grisly murder. Unfortunately, the only witnesses to the crime were the victim's startled pair of Beagles. And they aren't talking - Melanie hadn't intended to do any serious snooping, what with coping with the unexpected arrival of an ex-husband out to get joint custody of the son he's never known. In need of some serious distraction, she's off to sniff out dangerous secrets - only to discover that everyone at Belle Haven has something damning to hide.As the shocking truth slowly comes to light - and her own domestic drama moves center stage - Melanie finds herself eager to put the bite on a dogged killer who's desperate enough to strike again.

"A story as controlled as a well-behaved dog on a lead." (Publishers Weekly)
"Don't make me sit up and beg. Read this book today." (Dorothy Cannell)

What listeners say about Underdog

Narrator pacing is just a little to fast

If I could play this audiobook at .90 speed, it would be perfect. The narration pacing seems really rushed, like the narrator can barely breathe. The narrator doesn't have a vast range: the one African American character sounds exactly like the white main character. Actually I also though the narrator sounded really young and squeaky. But that could just be me. I've just finished listening to Grover Gardener read all the Andy Carpenter mystery, and this is very very different from his narration.

No. narration was too rushed.

I enjoy this series. it is light but still a murder mystery with a little romance thrown in.

Great story and fantastic reading . I look forward to more books by Laurien Berenson and anything narrated by Jessica Almasy.

Another very good book. Starting to get used to the narrarator, who would probably appeal more to a younger audience. Again, really enjoy the knowledge of Dog Shows that the author weaves thru an even better murder mystery.

The book was enjoyable. A nice life mystery. The reader speaks a little fast but still a very good reader.

Dogs are wonderful and Melanie is likeable. Grumpy Aunt Peg is my favorite maybe. The narrator is just fine.

Would you listen to Underdog again? Why?

Yes, I often listen to or read books more than once.

What was one of the most memorable moments of Underdog?

Not exactly a "moment" - I enjoy the knowledgible way the dog world is depicted and Aunt Peg's character is a hoot.

Get another narrator! This woman's voice is high, "little girlish" and irritating and way too fast. I've never before had to put an audiobook on a slower play speed.

I will continue to enjoy the book series in spite of the narrator.

This was a very good cozy mystery. It has well developed characters, a charming setting, and a mystery with enough twists and turns to keep the plot moving at a fast pace. I can't wait for the next one.