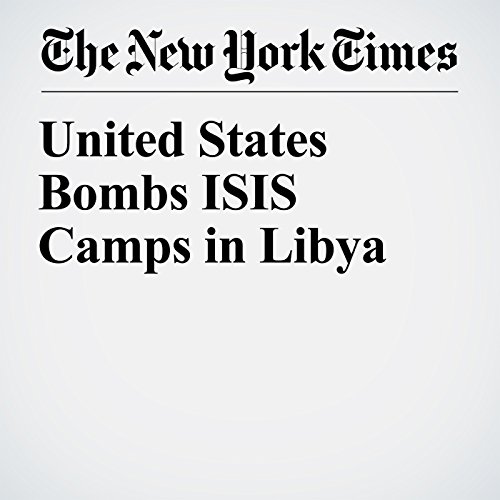 "United States Bombs ISIS Camps in Libya" is from the January 19, 2017 World section of The New York Times. It was written by Eric Schmitt and narrated by Fleet Cooper.