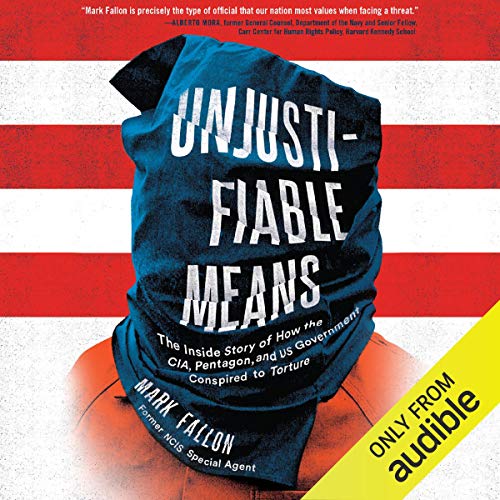 The Inside Story of How the CIA, Pentagon, and US Government Conspired to Torture
Written by: Mark Fallon
Narrated by: David Stifel
Length: 6 hrs and 47 mins
Categories: Politics & Social Sciences, Politics

The book the government doesn't want you to hear.

President Trump wants to bring back torture. This is why he's wrong.

In his more than 30 years as an NCIS special agent and counterintelligence officer, Mark Fallon has investigated some of the most significant terrorist operations in US history, including the first bombing of the World Trade Center and the 2000 attack on the USS Cole. He knew well how to bring criminals to justice, all the while upholding the Constitution.

But in the aftermath of September 11, 2001, it was clear that America was dealing with a new kind of enemy. Soon after the attacks, Fallon was named deputy commander of the newly formed Criminal Investigation Task Force (CITF), created to probe the al-Qaeda terrorist network and bring suspected terrorists to trial. Fallon was determined to do the job the right way, but with the opening of Guantanamo Bay and the arrival of its detainees, he witnessed a shadowy dark side of the intelligence community that emerged, peddling a snake-oil they called "enhanced interrogation techniques".

In Unjustifiable Means, Fallon reveals this dark side of the US government, which threw our own laws and international covenants aside to become a nation that tortured - sanctioned by the highest-ranking members of the Bush administration, the army, and the CIA, many of whom still hold government positions, although none has been held accountable. Until now.

Follow along as Fallon pieces together how this shadowy group incrementally - and secretly - loosened the reins on interrogation techniques at Gitmo and later Abu-Ghraib and black sites around the world. He recounts how key psychologists disturbingly violated human rights and adopted harsh practices to fit the Bush administration's objectives even though such tactics proved ineffective, counterproductive, and damaging to our own national security. Fallon untangles the powerful decisions the administration's legal team - the Bush "War Counsel" - used to provide the cover needed to make torture the modus operandi of the US government. As Fallon says, "You could clearly see it coming. You could wave your arms and yell, but there wasn't a damn thing you could do to stop it."

Unjustifiable Means is hard-hitting, raw, and explosive and forces the spotlight back on to how America lost its way. Fallon also exposes those responsible for using torture under the guise of national security as well as those heroes who risked it all to oppose the program. By casting a defining light on one of America's darkest periods, Mark Fallon weaves a cautionary tale for those who wield the power to reinstate torture.