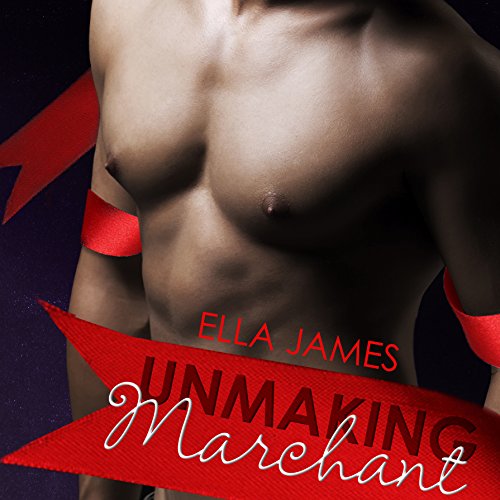 Marchant Radcliffe, owner of the exclusive Love Inc. brothel, is no stranger to darkness. He lost his parents in a plane crash and since college has harbored a secret almost too terrible to bear. He keeps his head above water by pouring his energy into his business - and he's thrived, despite the dark blot on his soul. Then, after 10 years of good fortune, Marchant's skeletons start to peek out of the closet, tossing him down a trail of ruin that begins with arson and could end with murder. Because he's kept his struggles private, he has no one to pull him back from the brink.

After a breakup with her longtime fiancé, Suri Dalton, daughter of one of Silicon Valley's tech tycoons, has nowhere to go except her BFF's new penthouse in Las Vegas. The last thing Suri is looking for is a man, but after drowning her woes in wine on the flight over, she stumbles into a torrid make-out session with a beautiful stranger - who just so happens to be Marchant Radcliffe, playboy and literal pimp. Despite an immediate attraction, Suri writes Marchant off as exactly the sort of guy she should avoid. Until Love Inc. goes up in flames, Marchant winds up at the bottom of a swimming pool, and Suri is the only one around to pull him out. What happens when what you see isn't what you get? What do you do when destiny is too alluring to resist and too dangerous to survive?

What listeners say about Unmaking Marchant

Cliffhanger I hate that so much. But I can’t stop listening to theses books. Just want to know when is the next one ?

Cliffhanger since 2014 come on Ella shame on you!!!

I just spent 29.08 hours of my time on a Cliffhanger that was wrote in 2014 .... Called a series.. Love inc. God I feel sad and totally cheated out on what could have been a great 5* read/listen ...Ella how could you!!!!!. Readers beware this is a totally unfinished series. This is 2018 for God's sake four years is to long to wait to leave people hanging.. I'll boycott your books from here on out if this is what you do to your fans. This was my first and last experience with Ella James... Audio performance was good. The ending was not their fault... The author did not complete a series... Ella look up the word series in the dictionary.... Do your job!!!!! I'm pissed !! give the characters and everyone spending time and money an HEA! Heart broken avid reader ...uugg.

The author decides to end this book on a cliffhanger, but never takes the time to write the follow up. It's been like three years since this was written. Talk about disrespecting your readers!! I wish I never read this book. I want the time I wasted on this back!! I'll NEVER read another book by her again.

I liked the premise of the story. Marchant is a troubled man trying to deal with bi-polar disorder. Having lived with someone who suffered from this, it struck a chord with me and the descriptions rang true. I just felt the character wasn't very likable and if we didn't have his inner musing to tell us how he felt, he would have just been a horrible character living a horrible lifestyle.

I enjoyed Jim Steele's narration of the main character which helped lift it to 4 stars!