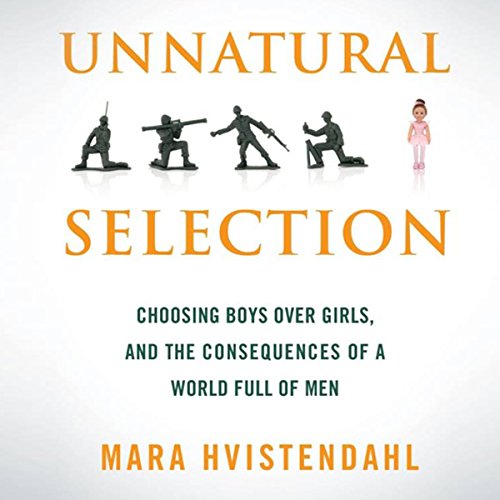 Lianyungang, a booming port city, has China's most extreme gender ratio for children under four: 163 boys for every 100 girls. These numbers don't seem terribly grim, but in 10 years, the skewed sex ratio will pose a colossal challenge. By the time these children reach adulthood, their generation will have 24 million more men than women. The prognosis for China's neighbors is no less bleak: Asia now has 163 million females "missing" from its population. Gender imbalance reaches far beyond Asia, affecting Georgia, Eastern Europe, and cities in the U.S. where there are significant immigrant populations. The world, therefore, is becoming increasingly male, and this mismatch is likely to create profound social upheaval.

Historically, eras in which there have been an excess of men have produced periods of violent conflict and instability. Mara Hvistendahl has written a stunning, impeccably researched book that does not flinch from examining not only the consequences of the misbegotten policies of sex selection but Western complicity with them.

"A hard-hitting, eye-opening study that not only paints a dire future of a world without girls but traces the West's role in propagating sex selection." (Kirkus Reviews)
"Yes, it's a rigorous exploration of the world's 'missing women,' but it's more than that too: an extraordinarily vivid look at the implications of the problem." (Stephen J. Dubner, author of Freakonomics and SuperFreakonomics)
"Tamara Marston’s soothing alto delivers the facts and figures with clarity and precision. She is always calm, even when Hvistendah may not be. Her pace is measured, and her pronunciation is excellent." (Audiofile)

What listeners say about Unnatural Selection

Overall a great insight into the complex topic of gender imbalance. Some parts of the book end up feeling like long lists of the same phenomenon, asia has a problem, Vietnam
Has a problem, India has a problem... The books ends well in a summary of the issues that are a result of gender selection.

my next toastmasters speech!