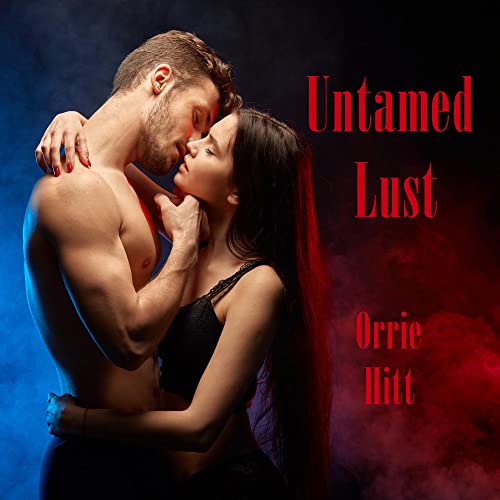 Orrie Hitt was a prolific writer of “gritty” romances in the 1950s and '60s. He wrote over 150 novels and was very good at what he did. Hitt still has a large following today. The website “Criminal Element” called him “The Shakespeare of Shabby Street". Here’s a bit more of what they had to say about him:

“With Hitt, the artistry has to do with his uncanny ability to capture a certain corner of the human experience, and to write novels that flowed seamlessly, while being effective on different levels simultaneously. Outside of all the hanky panky, Hitt’s books are simply ultra-realistic, gritty, often moving human dramas. His characters are so believable that you hate some of them, care about others, and pity many. His portrayals of these peoples’ life experiences are engaging. His tales reel you in on page one and keep you interested throughout.”

Here’s the somewhat “over the top” description from the back cover of the novel.

Wildwood acres was a civilized playground of crippled, upper crust, Frank Jennings— a man of untamed lusts, of strange untrammeled passions, of urges to kill anything and anybody defenseless enough. For his pleasure, he collected helpless animals, and an assortment of beautiful woman.

There was summer-hot Kitty, his simmering young wife. There was radiantly blond Carole, as twisted as Jennings himself. There was jet-haired Joan Keider, who refused to starve for thrills, while a guy like Eddie Boyd was in the neighborhood.

Eddie dallied with Joan and and toyed with pretty Carole. Then, even Kitty was driven into his arms by Jennings' brutalities. Like the rest of them, Eddie was getting the message, “You only live once, but you can love plenty of times.”

Trapped by Luxury, warped by hate, could these brutalized lust-mongers attain a second chance? A frank, painfully real novel by “The Shakespeare of Sleeze,” Orrie Hitt.

What listeners say about Untamed Lust

With all thatf's going on in the world right now, ( Covid, Ukraine, Shootings etc. ) I was looking for a little escaptist fiction - with some romance - from a simpler time. This fit the bill perfectly. It was written in 1960, a time I remember well. It's not politically
correct by today standards, but that was fine with me. The characters are a bit "extreme" - meaning the men are all he-men and all the women are all beautiful and sexy, but again ok ...since I was seeking escape,that was fine with me. Hitt is a good writer. You find youself caring about his caracters. I'll be looking for more of his stuff now that I'm done with this one. Oh... and the narrator was very good - which made the listening experience a pleasant one.