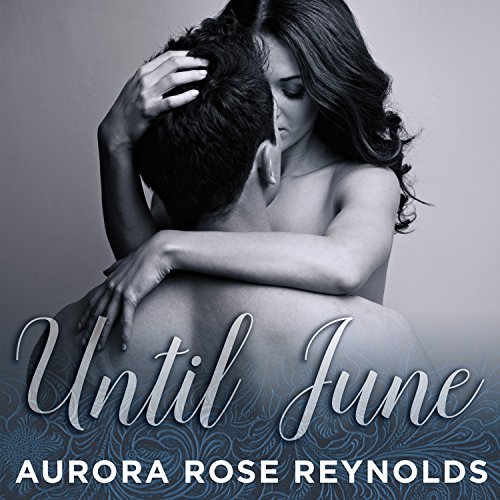 June Mayson and Evan Barrister's whirlwind courtship resulted in a secret marriage right before he left for boot camp. Evan knows deep in his gut that June is too good for him, but after getting a taste of the beautiful life they can have together, he's unwilling to let her go. June promises to wait for him, knowing neither time nor distance will ever change her feelings for Evan - that is until she's served with divorce papers while he's overseas, and she's forced to let him go.

Her marriage and divorce a well-kept secret, the last person June expects to run into when she moves back to her hometown is Evan. Angry over the past, she does everything within her power to ignore the pull she feels whenever he is near. But how can she ignore the pain she sees every time their eyes meet? How can she fight the need to soothe him even if she knows she's liable to get hurt once again?

Is it possible for June and Evan to find their way back to each other again? Or will they be stopped by an outside force before they ever have a shot?

What listeners say about Until June

Save me from useless leading ladies

Lord please save me from a useless leading lady - the performances were great but the leading lady caused me to pause the book halfway through and give up. How clueless can one character be? Her ex, caught up in a family run drug ring leaves her door unlocked, doesn't set her security system, doesn't carry her cell phone, opens the door without looking, etc. Even AFTER a break-in with an intruder in her face she's still clueless and useless. Utterly disgusted. There's a difference between a damsel in distress and then there's an idiot not worth your empathy. It's just hard to be invested in the well being of a character when you almost feel like they're asking for the bad plot points to happen to them. The leading man is so amazing though - that's the hard part. It kind of makes you feel bad for the guy and hope he finds someone else in the story. Jeez. Okay then, end of rant.

If you like immaturity, you'll love this book. It's very basic and not very deep.

Aurora Rose Reynolds keeps bringing us this series with complete perfection. This book gives us June's story. We met Evan previously and know that she is June's ex-husband, but we don't know the whole history. I became totally invested in their saga...what happened 3 years ago and how they go about healing themselves back together. Again, we get the perfect mix of romance, sex, angst and suspense. I cannot wait to listen to Ashlyn's book!

Jillian Macie and Roger Wayne continue to narrate this series. They can do no wrong with their performances filling us with every emotion.

A great audio version of a great book! This is another hit from Aurora Rose Reynolds!

I am a fan

i really like ARR as an author, the sex is hit, and there is a lit of it. the only negative i have is she sets up a lot of potential conflicts and then almost picks one at random to be the climax and drops the rest. i liked this book a lot and can't wait for the next one.

I struggled, the female narrator's voice was hard to listen to. Overall a good story.

Good story but sometimes the banter between characters was long winded and corny. Both narrators were great and played their characters very well.

Can I get a heck yes? Aurora Rose Reynolds Knocked it out of the park with “ Until June”! I'm have been known to stalk her FB page a time or two. So when “ Until June” hit my iPad I way over the moon! I even did a little dance! I died a little with June and Evan’s characters. To have found love and to have lost it! Is something I couldn't have ever fathom. But she makes it seem so seamless. Oh, the hot steamy sex scenes that Aurora Rose Reynolds wrote. That me begging for a fan!!! HOT HOT!!! The love with June and Evan is one that eternal. Which means they found the “BOOM”! I so love the narration duo of Jillian Macie and Roger Wayne.

I have read and reviewed this book as an ebook. However this rendition brings a whole new perspective to the story. I would highly recommend it to anyone and everyone

Aurora Rose Reynolds continues writing wonderful stories (though I'm not a fan of her characters names) with Until June. June secretly married Evan Barrister after a quick and passionate affair. Evan was headed to boot camp and then on to fight in the Middle East. While they exchange letters with frequency at first, Evan stops writing. He gives no explanation, only a packet including divorce papers!

June and presumably Evan never breathe a word of the marriage and divorce to their family or friends She walls offer heart and does her best to move on with her life… until she moves back to her hometown and through mutual friends runs into Evan. She tries not to react and suppress the feelings that seeing him brings to the surface, love heartache, anger, loss, frustration, attraction, etc.

*While I received this book as a gift in exchange for my opinion/review, I have no hesitation in recommending it. It is both credit worthy and worth the asking price.

I really enjoyed the narration. I think that either narrator could have told the story on their own with believability. However, they flowed together seamlessly.

Warnings for strong language and mature themes – because of these I don't feel this is appropriate for audiences under the age of 18.

Thanks for taking the time to read my review. If you found it helpful, please select &quot;yes&quot; below. Also consider following me on audible. Thank you.

Can't say I didn't like it, was just waiting for "the big event" to happen. The thing which I guess was it was short lived and seemed to be an add on. The same story throughout this series is used again, same words and all the characters are kinda the same too.