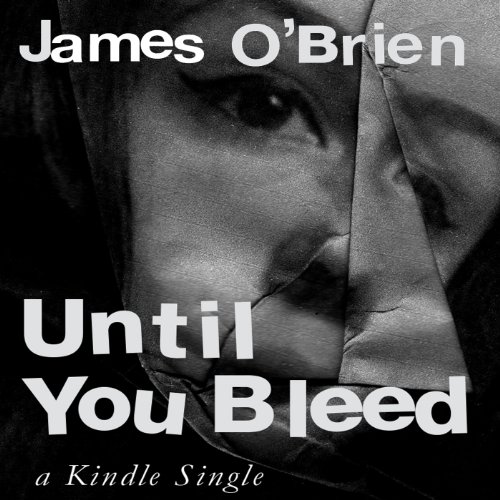 In 2008, Caheri Gutierrez had a life full of promise: the gorgeous 18-year-old was a member of the Vixens, a crew of models-slash-party-girls, and her beauty seemed destined to lead her somewhere. But then, a drive-by shooting shattered her face and changed her life forever. Performed by stage and screen actress Mia Chiaromonte with bravery and emotion that will compel listeners, Until You Bleed follows Gutierrez's journey from a troubled home, where her older brother was a gang member, to where she is today, a community leader speaking out against gun violence. Her story is juxtaposed with that of Oakland, a beautiful city that is also one of America's most dangerous places. Haunting, challenging, and ultimately inspiring, Until You Bleed is a truly riveting listen.

There are places in America where a scar, physical or emotional, speaks louder than a badge or a pulpit or a diploma ever could. In 2008, Caheri Gutierrez, a young model from one of Oakland's most dangerous neighborhoods, was shot in her beautiful face and nearly killed in a drive-by. Until You Bleed tells the story of her journey from troubled youth to traumatized victim to community leader seeking to heal herself and her city.

Visión Hispana calls Until You Bleed "captivating." The San Francisco Chronicle says Gutierrez is "an unforgettable subject." Until You Bleed features interviews with the Mayor of Oakland and other city leaders, while it traces the history of the homicide rate in Oakland and the city's slow awakening to its impact and meaning. But it is Gutierrez' story, her courage and honesty, that readers find most riveting. Survivors of gun violence have crucial things to tells us about how the bullet wounded not just their bodies, but their minds and lives, their families and communities. Until You Bleed gives a victim and a city each a voice.

What listeners say about Until You Bleed