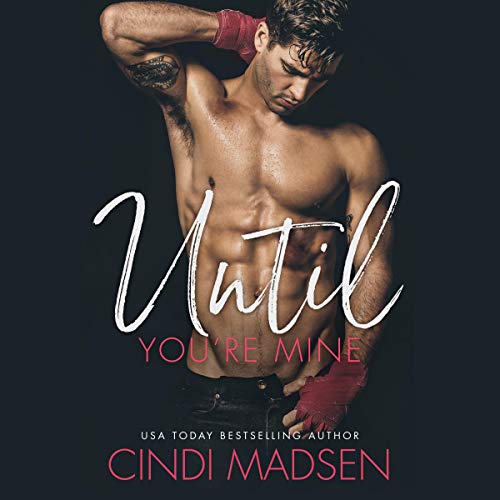 You might’ve heard of me, the guy who rose quickly through the MMA fighter ranks, only to crash just as quickly. No one cares about personal reasons when it comes to losing fights and money. I’m determined to get back to where I was. For you to hear my name again. I’ve finally convinced Blake “Bring the Wroth”, former title champion and owner of Team Domination to take a chance and get me back in fighting - and winning - shape. What I didn’t bargain for is the guy’s daughter. Factor in her two professional-fighter brothers who are acting as my coaches, the fact that my career hangs in the balance, and Brooklyn’s the last girl I should fantasize about. Not that it stops me, or prevents me from caring about her totally-wrong-for-her boyfriend.

The closer I get, the more I want Brooklyn. The stakes are high, and I know that there’s a big chance of both of us getting hurt, but I won’t stop until she’s mine.

What listeners say about Until You're Mine

So this one sounded really good when I listened to the sample. Reviews were pretty good, so I thought i'd take a chance,
BIG MISTAKE. There's nothing really bad about it. But neither is there very much good. When you almost fall asleep while listening, that's a bad sign,
Wasted my money. :(((

I love when a book is recommended to me, so I take a chance on it and love it. Not sure why I haven’t read this book before. This was a cute, sweet, and entertaining story. Brooklyn and Shane’s chemistry was undeniable, their banter was fun, and their overall connection was amazing. I enjoyed this book.
Alexander Cendese is the reason I listened and I am so glad I did. I enjoy listening to Mr Cendese’s uplifting, heartfelt, and enthusiastic narration. CJ Bloom has the sweetest, most adorable way of giving a beautiful emotional heart to the character she is portraying.