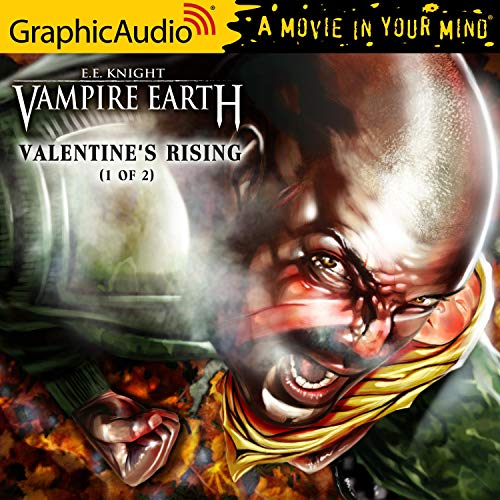 The Kurian Order has reigned for 50 years. Using the dreaded power of their Reaper avatars, the alien, vampiric Kur hold dominion over the earth and its inhabitants. Yet there are those who would rather die fighting than surrender to the unquenchable thirst of the enemy - those like David Valentine.

Returning to the Ozark Free Territory, Valentine is shocked to find it overrun by Kurians under the command of the merciless Consul Solon. In a bid to turn the tide, Valentine leads a courageous group of soldiers on a desperate mission to drive a spike into the gears of the Kurian Order. Valentine stakes life, honor, and the future of his home on a rebellion that sparks the greatest battle of his life - one that he may not survive...

What listeners say about Valentine's Rising (1 of 2) [Dramatized Adaptation]