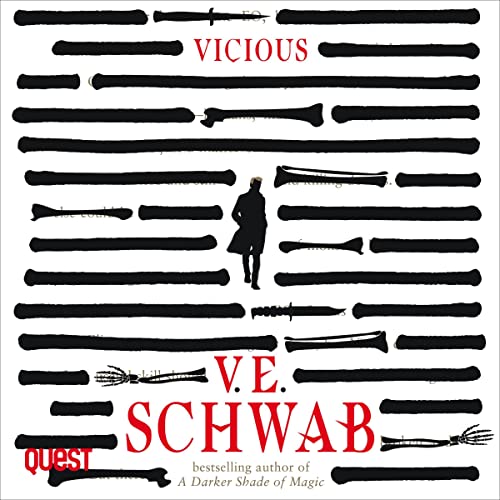 Victor and Eli started out as college roommates—brilliant, arrogant, lonely boys who recognised the same sharpness and ambition in one another. A shared research interest in adrenaline, near-death-experiences, and seemingly supernatural events reveals an intriguing possibility: that under the right conditions, someone could develop extraordinary abilities. But when their thesis moves from the academic to the experimental, things go horribly wrong. They become EOs, ExtraOrdinaries, leaving a body in their wake and turning on each other.

Ten years later Victor has escaped from prison and is determined to get his revenge on the man who put him there, aided by a young girl with the ability to raise the dead. Eli has spent the years hunting down and killing every EO he can find, convinced that they are a crime against God, all except his sidekick, a woman whose power is persuasion and whom he cannot defy. Armed with terrible power on both sides, driven by the memory of betrayal and loss, the arch-nemeses have set a course for revenge - but who will be left alive at the end?

“Supremely plotted and incredibly well-written.” (The Independent on Sunday)

What listeners say about Vicious

The story flips throughout the past and present. The book includes whether the chapter is set 10 years ago/ 3 days ago etc but the audiobook doesn’t. This made it very hard to follow without the paperback on front of me. A shame, the story is great.

Classic two mortal enemies kind of story. Both not being even morally gray but straight up sycophants villains, leading their groups of people with powers against each other. Very entertaining, especially way author with invention tangle all characters and effects of theirs powers. I like how plot was constructed and executed.

The narrator was good. Story wasn't quite as catching as other books by Schwab.

This particular title wasn't easy to get into. While listening so many times it felt something is missing or just this story wasn't working with me🙄at least at the end I got used with inconsistencies and enjoyed the ending. Great narration.

I found the narration hard to differentiate between characters and the accents cringeworthy. It got easier further into the book as more characters were introduced that had more distinct voices.
Story was good though. Just a pity about the narration.