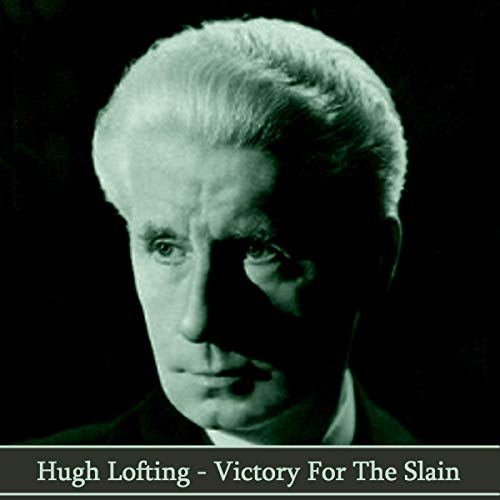 Hugh John Lofting was born in Maidenhead, Berkshire, on January 14th, 1886 to English and Irish parents.

Lofting was initially educated at Mount St Mary’s College in Spinkhill, Derbyshire, a Jesuit boarding school, from the age of eight. By 1905, at age 18, he was to study abroad, taking classes in civil engineering at the esteemed Massachusetts Institute of Technology (MIT) in the USA. Thereafter he embarked on a quest to travel widely before settling down to write of his adventures.

Lofting had always leaned towards pacifism, but the Great War was about to erupt all over Europe. Initially Lofting worked for the British government whilst based in New York, but by 1918 he had enlisted and was fighting on the front line. Life on the front line, in the trenches, was hell beyond description. Lofting didn’t want to include this grim horror in letters to his children. The answer for them and for him was to write. With these first letters the imaginative world and the foundations of the very successful Doctor Dolittle novels for children now began.

But life for Lofting in the battle-weary trenches was now rudely interrupted.

In 1918, as the Allies swept forward against the retreating German lines, Lofting was wounded by shrapnel from a hand grenade that lodged in his upper thigh. This injury would plague him for the rest of his life, as some of the metal fragments were impossible to remove.

After his recovery he was invalided out of the army. It was now that the family decided to relocate, and they now moved to Killingworth, Connecticut, in the United States. It was to be from here that the Doctor Dolittle series, the adventures of a country physician who learned to talk with animals, would be written.

As we know, the books were successful around the world and have been adapted for film and television many times, as well as for stage and for radio.

What listeners say about Victory for the Slain