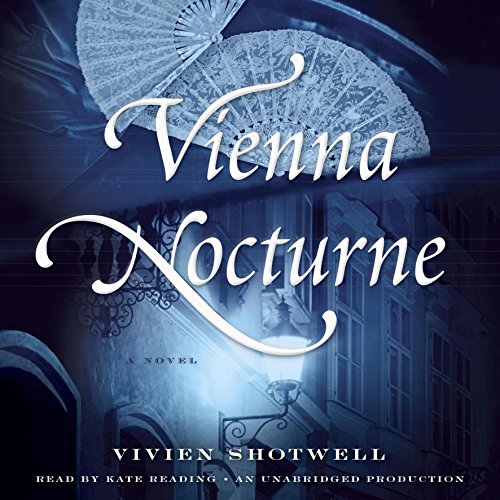 Vienna Nocturne is a deeply moving debut novel that brings to life two extraordinary figures - a 30-year-old Wolfgang Amadeus Mozart and a young English soprano, Anna Storace, who was his muse - in prose as spirited, timeless, and touching as Mozart’s greatest compositions.

In late 18th-century London, a young girl takes her first singing lessons with a mysterious castrato in exile. Her life is forever changed. Having learned everything he can teach her, Anna leaves behind all the security and familiarity of home and journeys to Naples and Venice to struggle and triumph in Italy’s greatest opera houses. Only 16, she finds herself in an intoxicating world of theaters, nobility, and vice, overwhelmed by her newfound freedom and fame. Her first bitter experience of love and heartbreak inevitably follows.

Within a few years, Anna is invited to sing in Vienna, the City of Music, by the emperor himself. There, in a teasing game of theft and play, Anna first meets Mozart, a young virtuoso pianist and striving, prodigiously talented composer. They are matched in intellect and talent, and an immediate and undeniable charge occurs between the two, despite both being married to others.

As her star rises in Vienna and her personal life deteriorates, Anna experiences an ultimate crisis. During this trying time, her only light is Mozart: his energy, his determination for her, and his art. She, in turn, becomes his hope and inspiration, and his joy, as he writes for her some of his most exquisite and enduring arias - music that will live on as his masterworks.

Rich in historical detail and beautifully wrought by Vivien Shotwell, an author who is herself an opera singer, Vienna Nocturne is a dramatic tour de force of a woman’s struggle to find love and fame in an 18th-century world that controls and limits her at every turn.

“You don’t have to be an opera buff to fall deep into Vienna Nocturne. Vivien Shotwell catapults you straight into the eighteenth century with abundant, vivid detail. I found Anna Storace’s journey from prodigy to prima donna an irresistible tale.”—Nancy Horan, author of Loving Frank and Under the Wide and Starry Sky

“Passionate and yet precise, dense with feeling yet as clean as a bird in flight: This novel emulates Mozart’s music even as it beautifully imagines his love for a memorable singer. What an excellent debut!”—Andrea Barrett, National Book Award–winning author of Archangel and Ship Fever

“Vienna Nocturne is as finely intelligent as it is lushly romantic, and beautifully renders how much music can convey, even when it’s hardly the only expressive tool lovers have at hand. Very few novels have expressed as persuasively how it feels to be taken up by the kind of passions that, despite everything, can make a soul huge with life and joy.”—Jim Shepard, author of National Book Award finalist Like You’d Understand, Anyway