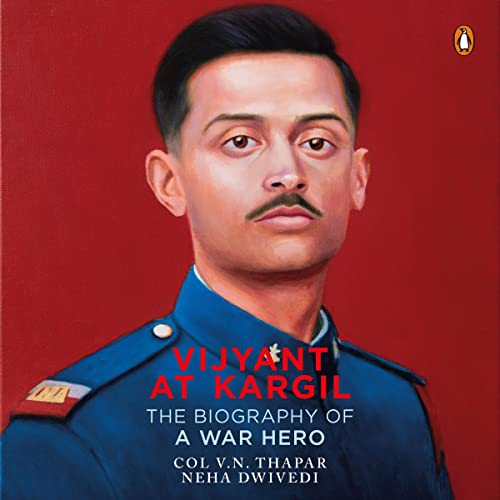 'By the time you get this letter, I’ll be observing you all from the sky. I have no regrets, in fact even if I become a human again, I’ll join the army and fight for my nation.’

This was the last letter Captain Vijyant Thapar wrote to his family. He was twenty-two when he was martyred in the Kargil War, having fought bravely in the crucial battles of Tololing and Knoll. A fourth-generation army officer, Vijyant dreamt of serving his country even as a young boy. In this first-ever biography, we learn about his journey to join the Indian Military Academy and the experiences that shaped him into a fine officer.

Told by his father and Neha Dwivedi, a martyr’s daughter herself, the anecdotes from his family and close friends come alive, and we have a chance to know the exceptional young man that Vijyant was. His inspiring story provides a rare glimpse into the heart of a brave soldier. His legacy stays alive through these fond memories and his service to the country.

What listeners say about Vijyant at Kargil