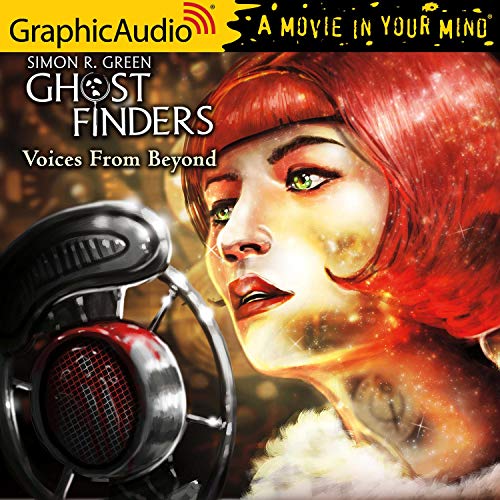 Meet the operatives of the Carnacki Institute — JC Chance: the team leader, brave, charming, and almost unbearably arrogant; Melody Chambers: the science geek who keeps the antisupernatural equipment running; and Happy Jack Palmer: the terminally gloomy telepath. Their mission: Do Something About Ghosts. Lay them to rest, send them packing, or just kick their nasty ectoplasmic arses....

In a quiet London suburb, four university students participating in an experiment inside a reputed haunted house hold a séance that goes terribly wrong. What — or who — ever they summoned has taken their minds away, leaving them empty shells.

Enter the Ghost Finders, ready to confront an enraged poltergeist for the students’ very souls.

All in a day’s work — except the team doesn't know that in another part of the city, a different entity has also breached the threshold between worlds. JC, Melody and Happy all come face to face with their future selves, but will their warnings come too late. Will the events at a small radio station, bring about the end of the world?

What listeners say about Voices From Beyond [Dramatized Adaptation]