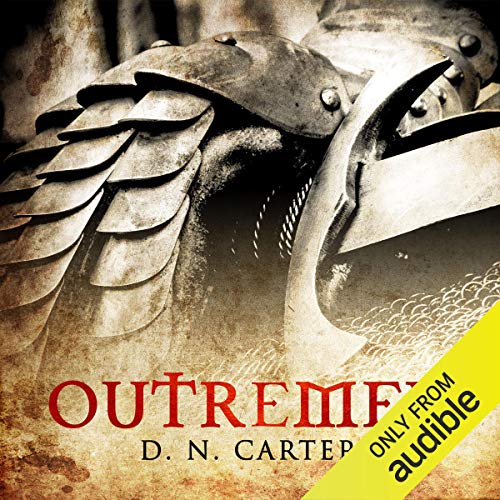 An epic love story must overcome religious divide and a plot to eradicate two blood lines as the Crusades and the search for the ancient mysteries of the Holy Grail gather momentum.

Raised by his father in La Rochelle, France, Paul Plantavalu is known for his artistic nature, inquisitive mind and Christian faith. He also has an unshakeable love for his Muslim childhood friend, Alisha al Komaty. Courageous and outspoken, she returns Paul’s love. But their path is paved with obstacles: religion, war, political chaos and a mysterious enemy determined to destroy their family lines.

Sometime between AD 1110 and AD 1120, in the aftermath of the first crusade, a small band of nine knights - the founding Knights Templar - recover ancient precious artefacts left by a former advanced civilisation beneath the City of Jerusalem. Ruthlessly guarded, the secrets revealed by this discovery are highly prized by powerful and dangerous forces far and wide; the repercussions of their capture are inextricably linked to Paul and Alisha. As Paul starts to experience dark and vivid dreams and the fragile balance of peace starts to crumble, it will fall to an enigmatic man known as Kratos and his female warrior protégée, Abi Shadana, to safeguard Paul and Alisha.

Paul and Alisha’s love story weaves between the threads of our reality and other realms - from the Druids to the Sufi mystics, the Magi of the East, the secret political arm of the Knights Templar and the Isma’ilis, the Assassins. Knights and pilgrims alike will witness some of the darkest battles ever fought. The discovery of a unique sword’s lethal power and whispered connections to King Arthur and the Holy Grail lead Paul and Alisha to question if their lives will ever be the same again.

The first of a four-part series, Outremer is an historical epic which sweeps across England, Scotland and France to Syria, Jerusalem and Egypt. Discover the truth - and crack the ancient code - behind the great mysteries of the High Middle Ages for yourself.

What listeners say about Volume 1 Outremer

Very slow moving and hard to follow. It is very disjointed, jumping between different times and locations. I could not finish it. Very disappointing.

not sure how to rate this

Story was very good quite intriguing but to many religious historical lectures to trawl through before storyline continued, although I want to know what happens next, if it follows the same format I will give the next volume a miss.