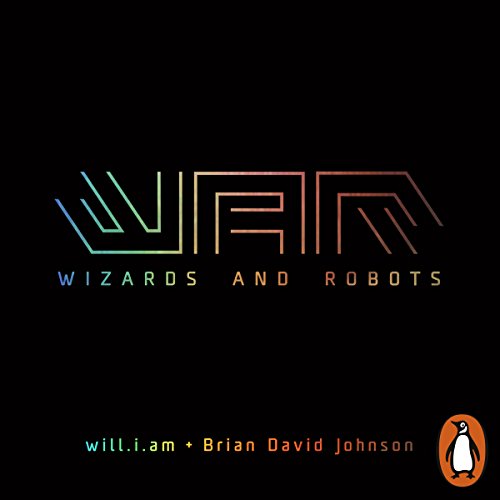 When a young man breaks into her home claiming her life is in danger, Ada Luring's world changes forever. Geller is a wizard, on the run from his father's hidden clan, who want to kill Ada and her mother. Sara Luring is the scientist who will create the first robot, the wizards' age-old foes.

But a robot has travelled back in time to find Ada and will lay everything on the line to protect her, as she may just be the key to preventing the earth's destruction in the future.

Ada, Geller and the robots must learn to work together to change the past and secure the future. But they don't have much time before a mysterious enemy launches its attack on Earth....

What listeners say about WaR: Wizards and Robots

had potential but left wanting....

started out well, but ended very much over the top. main character suddenly goes from nothing to most powerful being in seconds. lots of loose threads.

Starts out slow but continues to get better. Great story.
Great for adults and teens.

The narration was very clever. Both narrators were invested in the story and the swapping between them gave a more personal toich to the story. My favourite line, probably to paraphrase, was "Magic is just science you don't understand yet"

I found the jumping around between time and characters difficult at first but got the hang of it after restarting the book 3 times,I found the number of characters with similar names very difficult but with a bit of tweaking would be a good movie!

If you could play editor, what scene or scenes would you have cut from WaR: Wizards and Robots?

wasn't sure on the multiple readers

story pretty good, seemed to jump around a bit too many times, transitions probably working better if I was reading rather than listening. for a 1st book he did well

Fantasy meets Science Fiction. A wonderful, clever blend of the two genres. I thoroughly enjoyed this book & recommend it to all readers.