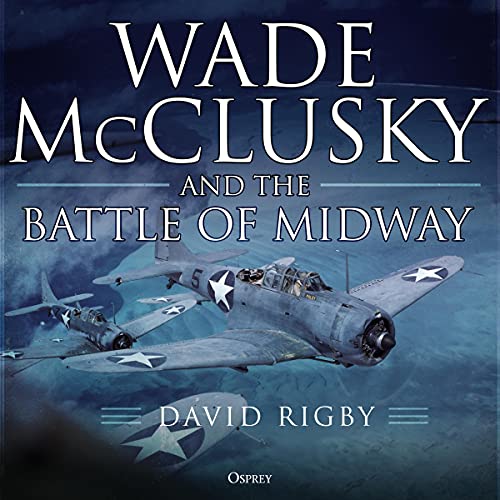 Bloomsbury presents Wade McClusky and the Battle of Midway by David Rigby, read by Keith MacKechnie.

During the Battle of Midway in June 1942, US Navy dive bomber pilot Wade McClusky proved himself to be one of the greatest pilots and combat leaders in American history, but his story has never been told - until now.

It was Wade McClusky who remained calm when the Japanese fleet was not where it was expected to be. It was he who made the counterintuitive choice to then search to the north instead of to the south. It was also McClusky who took the calculated risk of continuing to search even though his bombers were low on fuel and may not have enough to make it back to the Enterprise. His ability to remain calm under enormous pressure played a huge role in the US Navy winning this decisive victory that turned the tide of war in the Pacific.

"This is an essential read for anyone interested in Midway or naval aviation." (NYMAS Review)

"Rigby tells an exciting tale with action coming in right away in the first chapters." (New York Journal of Books)

What listeners say about Wade McClusky and the Battle of Midway

I enjoyed this book, largely because I have always been fascinated by the subject matter. The narration was well done and easy to listen to.

Having said that, in several places this book was quite rambling and repetitive/redundant. I don't know how a book can be published without first being effectively edited, but it appears this one was.