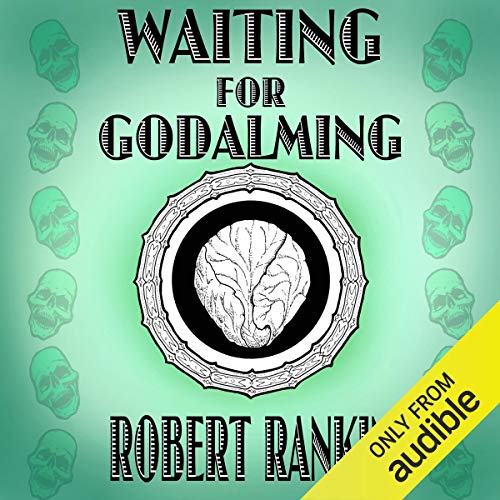 The Jehovahs have always been a tight-knit family and one of the biggest names in universal property development. The driving force behind them is the old boy, God, although in recent millennia he has ceased to play an active role and has become something of a recluse.

Now tragedy has struck the House of Jehovah. God has died in mysterious circumstances, leaving his beloved planet Earth to his youngest son, Colin, which seems deeply suspicious, as everyone felt certain that the meek were supposed to inherit it. Colin is all for flogging off the planet to the highest bidder, and this looks like being the Jehovahs' arch rivals, the Lucifer Consortium. If they get their talons on old Mother Earth, they're likely to adopt a much more hands-on style of management. The people of Earth could well find themselves in deep trouble and they're going to need friends in very high places to get them out of it.

It's Dallas meets Deuteronomy in a Divine Comedy to out-Apocalypse them all. And if you thought Robert Rankin had blown his chances of tea with the Pope when he published Armageddon: The Musical, just wait till you read this one.

What listeners say about Waiting for Godalming

and is nuts in the story. I enjoyed it. Need six more words to post.

As far fetched as you'd expect from Robert Rankin. very close to an insane sort of brilliance. don't want to reveal anything, but if you've never read any Rankin. you'll be in for a ride

I love this book, it was a treat to hear it in audio format. Fun!

Read in glorious Brent-o-coustix (tm) by our beloved Mr Rankin himself! Makes me want to go to the allotment...