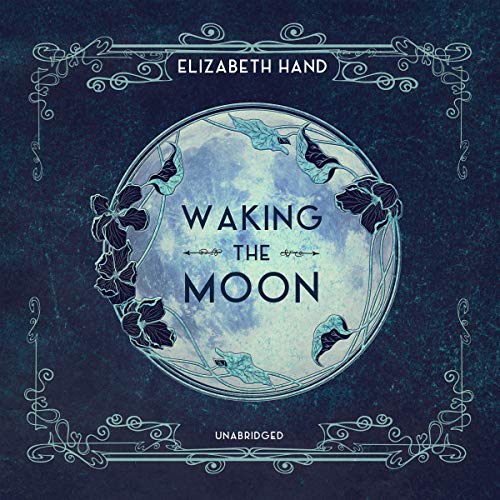 Sweeney Cassidy is the typical college freshman at the University of the Archangels and St. John the Divine in Washington, DC. She drinks. She parties. And she certainly doesn't suspect that underneath its picturesque Gothic facade, the university is a haven for the Benandanti, a cult devoted to suppressing the powerful and destructive Moon Goddess. But everything is about to change as Sweeney learns that her two new best friends are the goddess' Chosen Ones.

Rich and engrossing, Waking the Moon is a seductive post-feminist thriller that delves into an ancient feud, where the real and magical collide, and one woman is forced to make a decision that will change the world.

What listeners say about Waking the Moon

This was the first of Elizabeth Hand's books I ever read, years ago when it was first released in paperback. I just finished listening to it and am blown away by how relevant it still is. It's a Gothic novel in the modern tradition. It has a great plot, plenty of mystery and mysticism, science and mythology, and a quest for power at its core. The characters run the gamut from relatable to enigmatic, beloved for their flaws as well as their virtues. The narrative pace is spot on, with the right amount of plot twists and unexpected developments to keep me just as enthralled this time around as I was back in the 1990s.

The style of her writing has changed over the years, but this book took me right back to the '90s. Her language, turns of phrase, and descriptions are so evocative of that time that they add a layer of texture she couldn't achieve without that occasional touch of purple to her prose. Hey, it was the nineties, that's how we liked our fiction. And I don't think she overdid it.

I docked a star from performance because I have a pet peeve about mispronunciations, but I love the tone and touch of grit in Carol Monda's voice. It's perfect for Elizabeth Hand's novels.

I'm a huge fan of Elizabeth Hand's work and have read all of her books. I hope Audible will make arrangements to carry more of her back catalog. I, for one, would love to hear all of her books on audio.