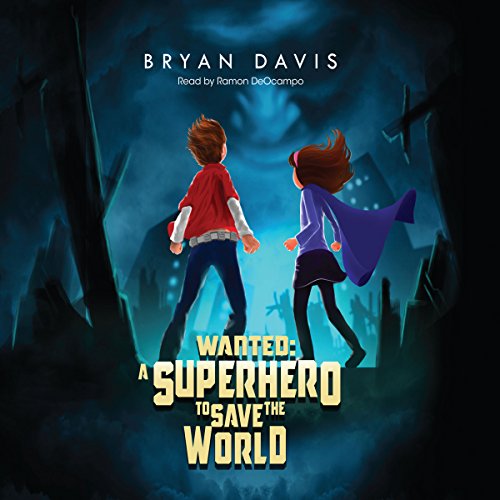 Wanted: A Superhero to Save the World

Eddie Hertz is a 12-year-old genius who patrols the streets of Nirvana, hoping to foil the schemes of the evil Mephisto. Being small for his age, Eddie relies on a Batman-style gadgets belt and acrobatic skills as well as street smarts and ingenuity.

Eddie has a dream, to become like Damocles, Nirvana's great superhero. To accomplish that goal, Eddie invented a device that theoretically will endow him with superpowers, but using it on himself could be dangerous, maybe even fatal, so he doesn't have the nerve to try it.

When Mephisto unleashes an earthquake machine to terrorize the city, Eddie gains a surprising ally - his quirky eight-year-old sister, Samantha, who comes up with an unexpected way to help in the frantic battle to prevent the impending destruction.

Working as a team, the siblings fight Mephisto in a race against time to save Nirvana and the world from devastating earthquakes, all the while receiving advice from a computerized version of Damocles, who has been rendered incapable of helping in physical form.