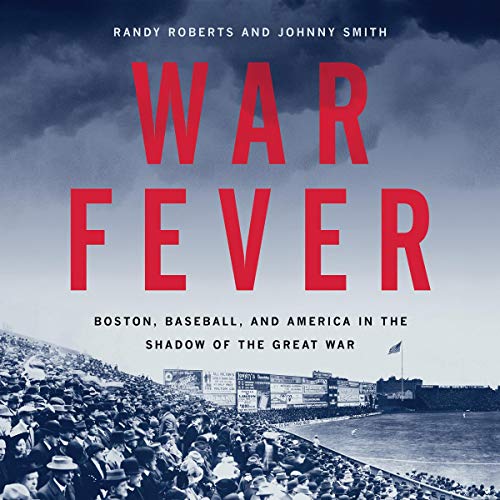 In the fall of 1918, a fever gripped Boston. The streets emptied as paranoia about the deadly Spanish flu spread. Newspapermen and vigilante investigators aggressively sought to discredit anyone who looked or sounded German. And as the war raged on, the enemy seemed to be lurking everywhere: prowling in submarines off the coast of Cape Cod, arriving on passenger ships in the harbor, or disguised as the radicals lecturing workers about the injustice of a sixty-hour workweek.

War Fever explores this delirious moment in American history through the stories of three men: Karl Muck, the German conductor of the Boston Symphony Orchestra, accused of being an enemy spy; Charles Whittlesey, a Harvard law graduate who became an unlikely hero in Europe; and the most famous baseball player of all time, Babe Ruth, poised to revolutionize the game he loved. Together, they offer a gripping narrative of America at war and American culture in upheaval.

"An entertaining reminder that American hero worship, media hype, and fierce nationalism haven't changed much in a century." (Kirkus)

"Carefully researched, full of dramatic moments and keen insights, and written with panache, War Fever is at once an impressive act of historical recovery and a ripping good tale. Weaving together the stories of the nation's greatest military hero, one of its most dastardly villains, and its most celebrated professional athlete, Randy Roberts and Johnny Smith vividly reconstruct the historical forces that reshaped Boston and reconfigured American life during World War I." (Bruce J. Schulman, Boston University)

Very nice book. Rather than looking at baseball, the 1918 pandemic, and WWI separately, as other books have, it puts them all together in historical context. It provides a very rich depiction of those events in a unique way.