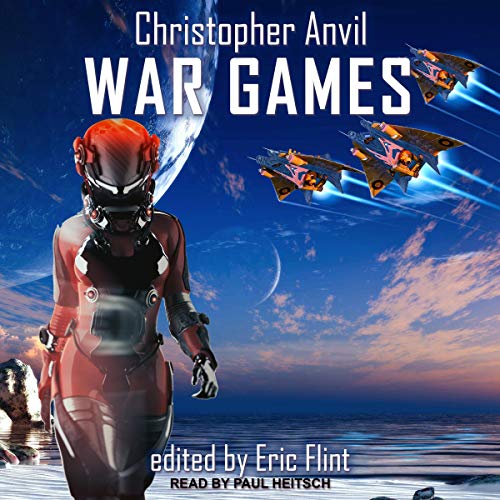 War is a serious business - or is it? Christopher Anvil turns his sardonic sense of humor loose on the subject and considers what might happen if:

And, in a full-length novel, The Steel, the Mist and the Blazing Sun, the devastation after the World War III has not put an end to war - not as long as men survive who still want to conquer and dominate; nor as long as others will fight, not just to survive, but to defend freedom.

What listeners say about War Games