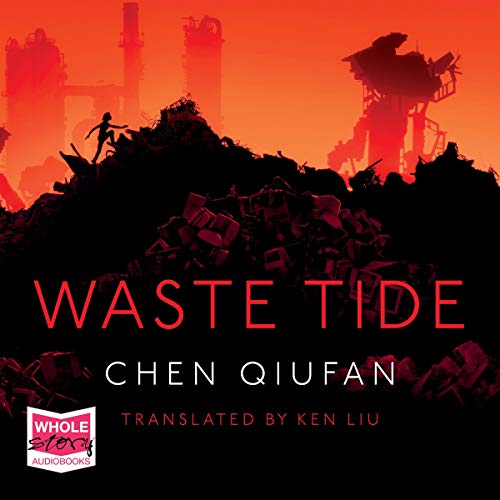 Award-winning author Chen Qiufan's Waste Tide is a thought-provoking vision of the future.

Mimi is drowning in the world's trash. She's a waste worker on Silicon Isle, an island off the coast of China where electronics are sent to be recycled. These amass in towering heaps, polluting every spare inch of land. Mimi and thousands of migrant waste workers like her are lured to Silicon Isle with the promise of a better life. They're the lifeblood of the island's economy but are at the mercy of those in power.

A storm is brewing between ruthless local gangs warring for control. Ecoterrorists, set on toppling the status quo. American investors, hungry for profit. And a Chinese American interpreter searching for his roots. As these forces collide, a war erupts. Mimi, and others like her, must decide if they will remain pawns in this war or change the rules of the game altogether.

"An accomplished eco-techno-thriller...Chen Qiufan is an astute observer, both of the present world and of the future that the next generation is in danger of inheriting." (David Mitchell, author of Cloud Atlas)

What listeners say about Waste Tide

It's a shame because I really enjoyed the story, but the narrator was actually a bit rubbish, pun intended

Intriguing engaging and satisfying.
The premise of the story is good and the characters engaging so much so that i want to know what happens to them after the end of the book.
It covers plenty of idea around recycling, waste management but hey are all side issues to the story.
Highly recommend this.