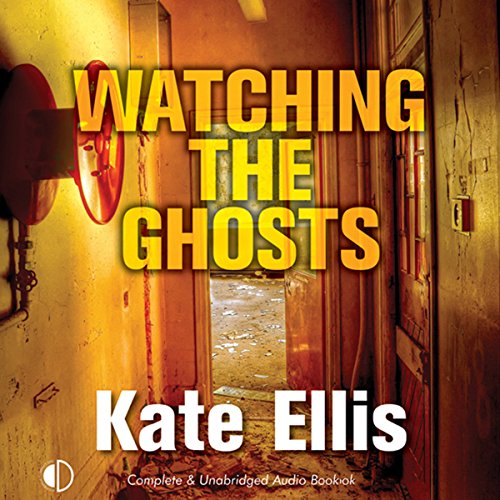 Boothgate House is a recently converted apartment building with a sinister past. Once an asylum for the insane known as Havenby Hall, it was where serial killer Peter Brockmeister was sent on his release from prison. But three years later, Havenby Hall closed. And Brockmeister died in mysterious circumstances. Solicitor Melanie Hawkes is investigating Havenby Hall when her young daughter is kidnapped. Meanwhile, Boothgate House resident Lydia Brookes is burgled.

In both cases, DI Joe Plantagenet believes there may be a connection to the house’s disturbing past. And why is a paranormal researcher so fascinated by the building’s basement? As Joe uncovers the appalling truth, he is forced to face an evil that threatens those closest to him.

A child is kidnapped, her mother sent to drop off the ransom disappears. At first this seems to be an interesting police procedural starring Kate Ellis' second string hero, DI Joe Plantagenet. His back story is fairly bleak. He started out as a catholic seminarian, then met the woman who became his wife. Some few months later his wife was killed in a moving vehicle accident caused by a drunk driver. After that he moved to Eborby in Yorkshire-- a fictional town based on York with a lot of maybe haunted places-- and there the series begins. Don't work if you don't remember this. It's repeated at least twice and maybe three times in the book.

With good bones to work with, though, this book is still maddenly bland and at times irrational. For instance there is a child who is kidnapped. Plantagenet at one point thinks a specialist team will be bought in to deal with the kidnapping. Instead a family liaison officer is left to keep an eye on the phone that the kidnappers have been calling, while the step father goes about his business and the mother is missing.

There's an amazing lack of concern for the plot while Plantagenet, with the encouragement of his boss, puts the moves on a crime victim. He further finds a notebook, slips it into an evidence bag and then does not turn it over for forensic evidence such as finger prints. Instead he later take it out, looks at it and hand ti over to a colleague who is good at reading bad handwriting.

Read by Gordon Griffin, he starts out sounding good, with a very effective prologue. However he soon drops into his usual bland style.

I honestly cannot recommend this particular entry into this series.

What made the experience of listening to Watching the Ghosts the most enjoyable?

The changing of story lines between chapters, this built tension and suspense.

Joe Plantagenet. Very believable, likeable and easy to warm to.

I didn't like him imitating of the female characters voices. Apart from that I think he narrated very well.

I read it over two days as I was keen to reach the conclusion.

Very good read, although the ending was a little contrived, I felt, I would be keen to read more by this Author.

I enjoyed this book even more than the others, the body count was high but there was much suspense.