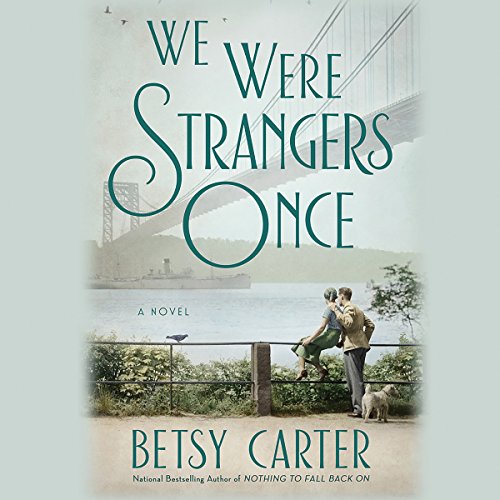 We Were Strangers Once

For listeners of The Nightingale and Brooklyn, an exquisitely moving novel about friendship, love, and redemption in a circle of immigrants who flee Europe for 1930s-era New York City.

On the eve of World War II, Egon Schneider - a gallant and successful Jewish doctor, son of two world-famous naturalists - escapes Germany to an uncertain future across the sea. Settling into the unfamiliar rhythms of upper Manhattan, he finds solace among a tight-knit group of fellow immigrants, tenacious men and women drawn together as much by their differences as by their memories of the world they left behind.

They each suffer degradations and triumphs large and small: Egon's terminally acerbic lifelong friend, best-selling author Meyer Leavitt, now wears a sandwich board on a New York street corner; Catrina Harty, the headstrong daughter of a dirt-poor Irish trolley driver, survives heartbreak and loss to forge an unlikely alliance; and Egon himself is forced to abandon his thriving medical practice to become the "Cheese Man" at a Washington Heights grocery. But their spirits remain unbroken, and when their little community is faced with an existential threat, these strangers rise up together in hopes of creating a permanent home. With her uncanny ability to create indelible characters in unforgettable circumstances, Betsy Carter has crafted a gorgeous novel that will resonate with anyone who has ever felt adrift and longed for home.

"This is a gorgeous, heartbreaking book...beautiful in its characters' resilience and reminders of the contributions immigrants have made to this country...Carter has created a vivid world.... Their stories are unique and distinctive, and yet their struggles feel familiar. Could this be required reading for anyone who seeks to keep refugees out of this country?" ( Historical Novels Review)
"In this sharply observed historical novel, a web of friendships connect German Jews in pre-Hitler Germany after they emigrate to America. In their complex relationships and struggles both emotional and cultural, we are given insight into life at its most resilient and joyous. An important book to remind us of the humanity in the current wave of immigrants, and how much they have to offer us." (Alice LaPlante, New York Times best-selling author of Turn of Mind)

I wanted to love a book that first uplifts Obama's powerful quote on the immigrant experience; instead I found ot somewhat incomplete. The book follows the life on Agon from post-WWI Germany through his journey in the US as a Jewish refugee. I enjoyed pieces of the book that described the hardships of Irish and Jewish immigrants and the struggles of integration. I was thrilled that the book did not romanticize FDR's role in WWII. Overall, this is a nice starter book if you want to get a taste of what the immigrant experience might have looked like, but it does not feel as textured as one might expect after many hours of reading.