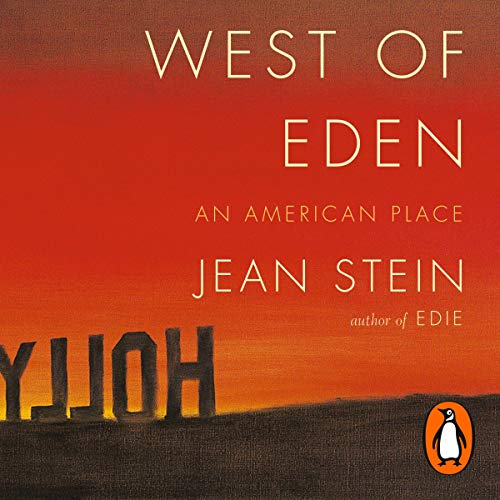 The number one Daily Telegraph book of the year.

West of Eden is the definitive story of Hollywood told, in their own words, by the people on the inside: Lauren Bacall, Arthur Miller, Dennis Hopper, Frank Gehry, Ring Lardner, Joan Didion, Stephen Sondheim - all interviewed by Jean Stein, who grew up in the '40s in a fairy-tale mansion in the Hollywood Hills.

The audiobook takes us from the discovery of oil in the '20s with the story of the tycoon Edward Doheny (There Will Be Blood) and traces the growth of corruption through the syndicates, the mob, and the movie studios - from the beginnings of the film industry to the end, with News Corp. and Rupert Murdoch (who bought the Stein mansion in 1985).

West of Eden is about money, power, fame and terrible secrets: the doomed Hollywood of the late '50s, early '60s - 'the rotten heart of paradise'. Like her last book, the best-selling Edie, this is an oral history told through brilliantly edited interviews. As this is Hollywood, it's a book full of sex, drugs and celebrity glamour, but because it's built from the firsthand accounts of people who were actually there, many of them writers, actors and artists, it's also strangely claustrophobic, seductive and completely compelling.

What listeners say about West of Eden