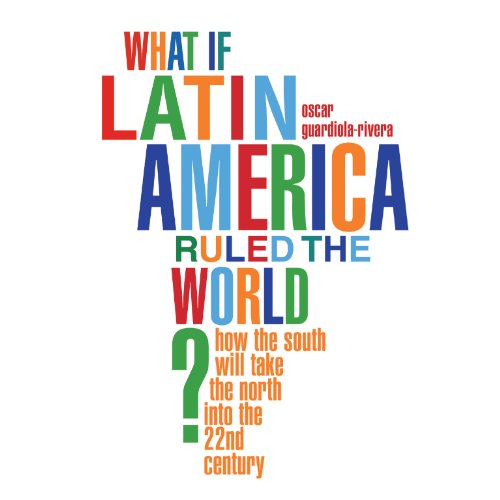 What if Latin America Ruled the World?

For too many of us, Latin America exists "below the fold", an echo barely heard beyond the roar of U.S. economics, politics, and culture; the source of little more than dance steps, mesmerizing soccer, spicy food, and questionable politics.

But Latin America has been a vital part of the global community since the 17th century, when the Spanish silver peso became the world's first global currency instrument. Today it is home to 600 million people and some of the fastest-growing economies on the planet. Latin America may not outshine or outspend the United States on the world stage anytime soon, but its voices will be heard. Its consumers, resources, and emigrants are already affecting us; they will be even bigger factors in our future.

What if Latin America Ruled the World? deftly braids together the histories of North and South America from the exploits of Hernán Cortés to the political showmanship of Hugo Chávez and Evo Morales. Scholar Oscar Guardiola-Rivera is an ideal guide for a searching portrait of the Latin America that we rarely hear about.

What listeners say about What if Latin America Ruled the World?