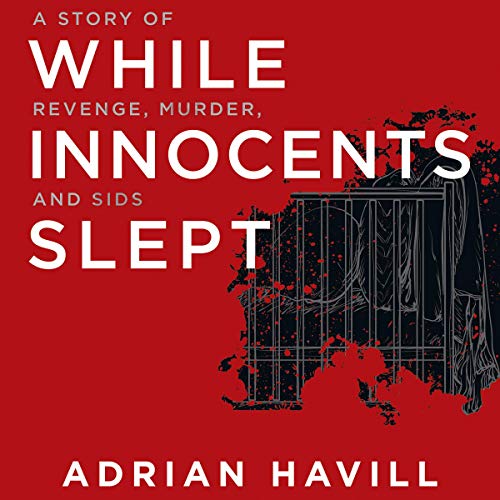 Death seemed to be part of Garrett Wilson's life. Both of his parents had died by the time he was in his early twenties. So friends shrugged when sadly, an infant daughter, and then a son, succumbed to Sudden Infant Death Syndrome. Six years later, after he divorced his wife, Missy, and married another woman, his former spouse became convinced that their child's passing was anything but natural.

Was it cold-blooded murder by Garrett, or a quest for revenge by his ex-wife? Missy's own investigation that led to Garrett Wilson's arrest and eventual trial will keep the listener guessing until the final sentences. Havill takes us through each stage of this intricate and chilling story all the way to the courtroom, where the jury's stunning verdict is given.

Acclaimed author Adrian Havill conducted nineteen in-person interviews with the accused both before and after his trial. He had full access to both the defense and prosecution teams. The result is an unprecedented look at a murder investigation and an edge-of-the-seat real-life medical thriller that stretches from Maryland to Texas and Florida.

What listeners say about While Innocents Slept

Great narrator, easy to hear. Topic not an easy one, but important. Satisfying to know epilogue.

Awful expected too much

I guess nothing compares to Jack abd Greg Olsen with Kevin Pierce narration but this was just awful. I tried 5 times to stop and restart because I was so confused. I usually listen while doing other things so I tried listening while resting to see if I just needed to “get into it” but it never happened. I don’t know if it’s just me but I found it disjointed and the narration did not change in cadence or tone just one speed all the time. So I gave up. It seems like a good story so I’m going to hang onto it and try again at some point but for now it’s a pass.