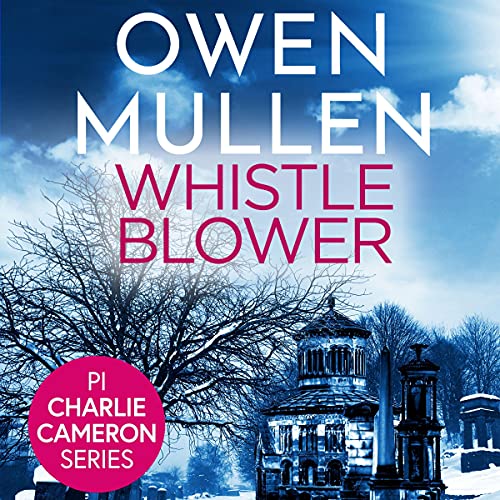 When a medical whistleblower goes missing, private investigator Charlie Cameron agrees to take on the case.

Gavin Law exposed a tragic case of medical malpractice but now he’s missing. It’s just another case for Glasgow PI Charlie Cameron, until he comes to believe Law was murdered.

Did the disgraced surgeon abandon his sacred oath to become a killer? Or did the hospital itself have Law permanently silenced? As Charlie digs deeper, he discovers just how bad the world of medicine could be for his health.

Across the city, gangster Sean Rafferty is preparing to exploit the corrupt city council through a multi-million-pound leisure development known as Riverside. The project will be good for Glasgow. But not everybody is keen to work with Rafferty. With more than money at stake, Sean will do anything to get his way. So, when Charlie’s investigation gets tangled up with Sean’s business, someone’s going to need a doctor...or an undertaker.

Owen Mullen is a best-selling author of psychological and gangland thrillers. His fast-paced, twist-aplenty stories are perfect for all fans of Robert Galbraith, Ian Rankin and Ann Cleeves.

This book was previously published as Before the Devil Knows Your Dead.

What listeners say about Whistleblower

Not bad but too long

Maybe I’m getting bored with these Scottish tomes.
Still I hung in to the very end and did quite enjoy it.