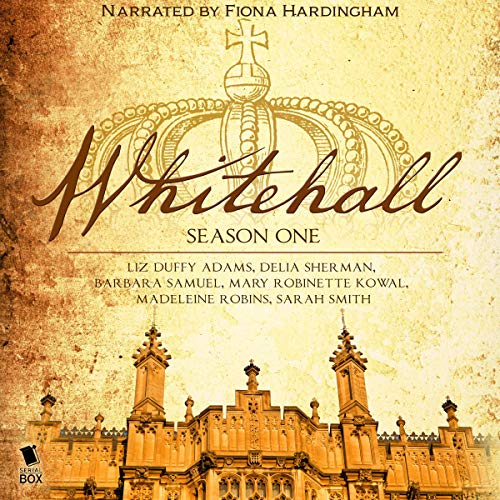 She who would be queen must win the love of a king - and a country.

Whitehall is a royal tale full of true history and sensual intrigue, from Serial Box Publishing. Set in the 17th century court of King Charles II and his queen, Portuguese Princess Catherine of Braganza. Her journey to find her place as the foreign wife in a court riddled with political and religious intrigue - not to mention the many mistresses of Charles the “Merry Monarch” - is a tale of perseverance only a true queen could endure. Love mingles with betrayal before a sensual renaissance of art, culture, and sex in this lush historical serial.

Originally presented serially in 13 episodes, this omnibus collects installments one through seven of Whitehall season one into one edition.

What listeners say about Whitehall: The Complete Season 1