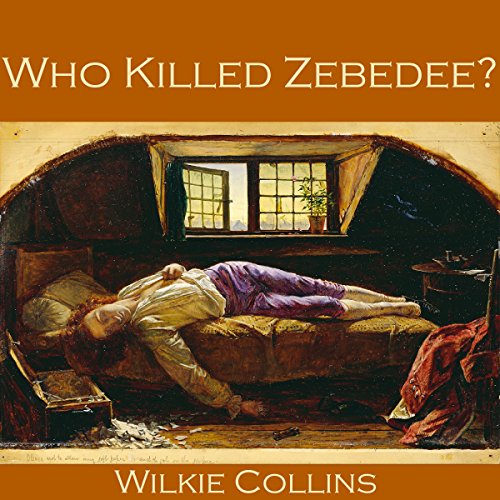 William Wilkie Collins (1824-1889) is one of the greatest of the Victorian mystery writers. For several years he was on the editorial staff of Dickens' magazine All Year Round and became Dickens' close friend and collaborator.

Alongside his great novels, Collins was the author of a great many superb short stories, mostly concerned with either the supernatural or crime. Who Killed Zebedee? is a classic detective story of a mysterious case where a young wife would appear to have murdered her husband while sleepwalking. Despite the lack of evidence to the contrary, one policeman is reluctant to accept the obvious conclusion and sets out to uncover the truth.