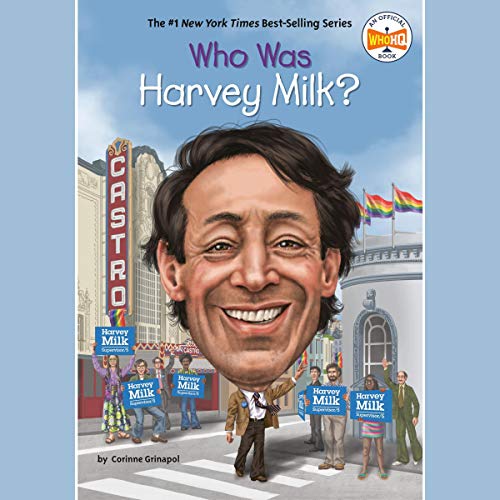 Who Was Harvey Milk?

Written by: Corinne A. Grinapol,Who HQ
Narrated by: Vikas Adam
Free with trial

Learn about one of the most influential leaders in the fight for gay rights.

Although he started out as a teacher without aspirations to be an activist or politician, Harvey Milk found himself captivated by the history-making movements of the 1960s. He would eventually make history of his own by becoming the first openly gay elected politician in California. While in office, Harvey Milk advocated for equal rights for the gay community.

Even though his life and career were cut short, Harvey is still seen by many as one of the most famous and most significantly open LGBT officials ever elected in the United States. His life and legacy continue to inspire and unite the community.

What listeners say about Who Was Harvey Milk?