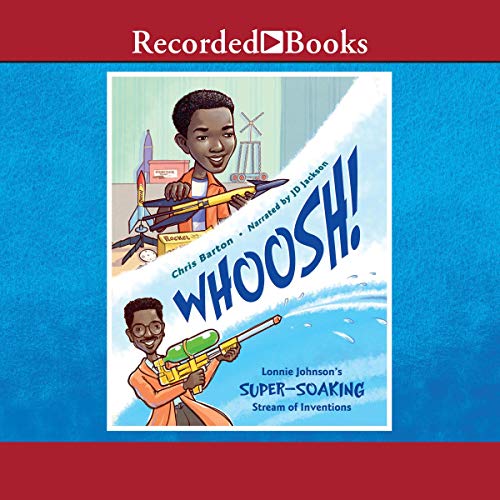 You know the Super Soaker. It's one of the top 20 toys of all time. And it was an accidental discovery that brought it into being. Trying to create a new cooling system for refrigerators and air conditioners, inventor Lonnie Johnson instead created the mechanics for the iconic toy.

A love of rockets, robots, and inventions and a mind for creativity were present in Lonnie Johnson's early life. Growing up in a house full of brothers and sisters, Lonnie demonstrated persistence and a passion for problem solving that became the cornerstone of his career as an engineer and his work with NASA. But it is Lonnie's invention of the Super Soaker water gun that has made the most memorable splash in popular culture.

What listeners say about Whoosh!

Chris Barton and Don Tate's book woosh truly washes me away! It was so interesting and I would recomend it to anyone who likes a story of a heart-filled life.